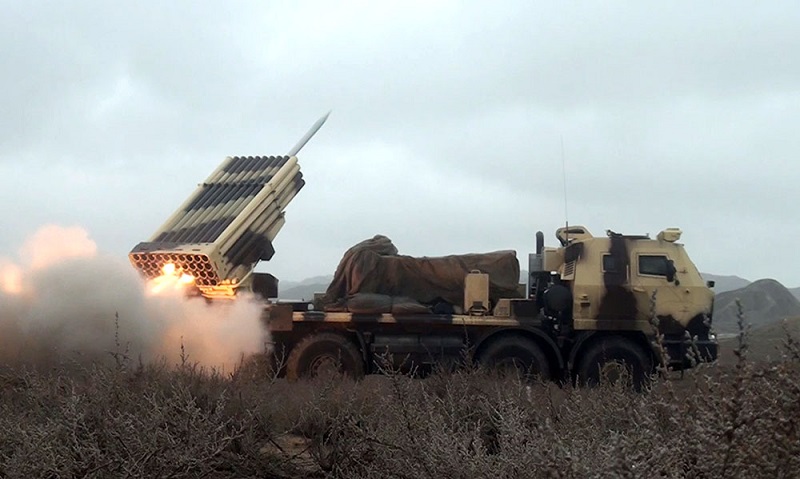 Rocket and artillery units of the Azerbaijani Land Forces fulfilled firing tasks from multiple launch rocket systems in line with the combat training plan for 2022, approved by the country’s defense minister, the Defense Ministry told News.Az.

Under the plan, the units providing fire support left the points of permanent deployment to the assembly area and took reserve firing and starting positions.

During the exercises, held in accordance with real combat conditions, the personnel successfully accomplished the tasks of detecting and destroying imaginary enemy targets with accurate fire.

The main objective of the exercises is to improve the management skills of Rocket and artillery units, increase the knowledge and skills of servicemen, planning activities during combat operations and organize interoperability with other types of troops, taking into account the experience gained during the Patriotic War.