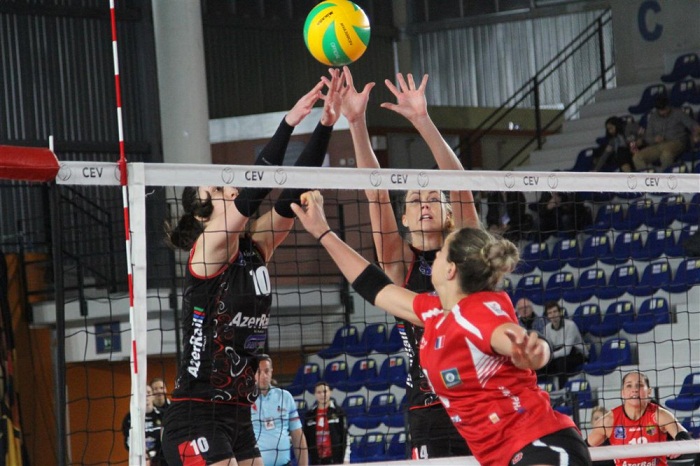 Two weeks ago, Azerrail had cruised to a 3-1 victory in France and playing before the home crowd, the players from Azerbaijan’s capital were motivated to achieve a similar result in the re-match as well. However, Azerrail caught a shaky start to the match, trailing 1-4 as their opponents recorded a few blocks. The two teams exchanged the lead back and forth for most of the opening set before Azerrail claimed a four-point advantage to secure a 25-20 win, according to Azvision.az.

Azerrail Baku stepped up their efforts in the second set and rallied to a comprehensive 19-6 lead, accounting for quite a demoralising gap for the visitors, and the hosts eventually secured a compelling 25-11 win. The home side continued to perform with the same quality and consistency in set 3 and with another 25-11 win, Azerrail sealed a 3-0 home victory to improve their win-loss record in the pool to 3-1 and sit in second place behind group leaders Fenerbahce SK Istanbul.