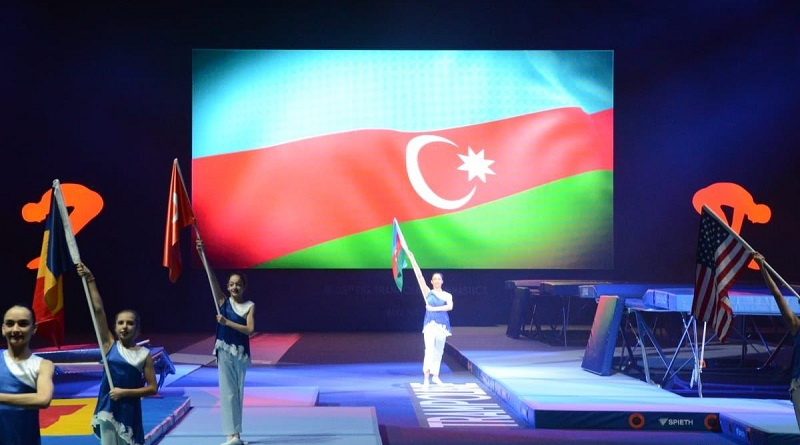 An opening ceremony of the 28th FIG Trampoline Gymnastics World Age Group Competition has been held at the National Gymnastics Arena in Baku, News.Az reports.

During the ceremony, the flags of the countries participating in the competition were brought into the hall of the National Gymnastics Arena. The National Anthem of Azerbaijan was played.

Oaths were taken on behalf of the judges, gymnasts and coaches. The vows once again reminded of the observance of the principles of healthy competition, fair judging and fairness in sports.

On behalf of the gymnasts, an Azerbaijani athlete, participant of the competition Seljan Magsudova took the oath.

Then a spectacular gymnastic show was demonstrated.

Totally, 650 athletes from 32 countries of the world are participating in the competition. At the tournament, gymnasts will perform in the 11-12, 13-14, 15-16 and 17-21 age categories. They are taking part in the program of individual and synchronized trampoline jumping, as well as a tumbling track and a double mini-trampoline.

Each Age Group World Competition program includes qualifying rounds and final performances. According to the rules, one participant can perform in different programs.

In accordance with the requirements of the quarantine rules, the competitions are being held without spectators.