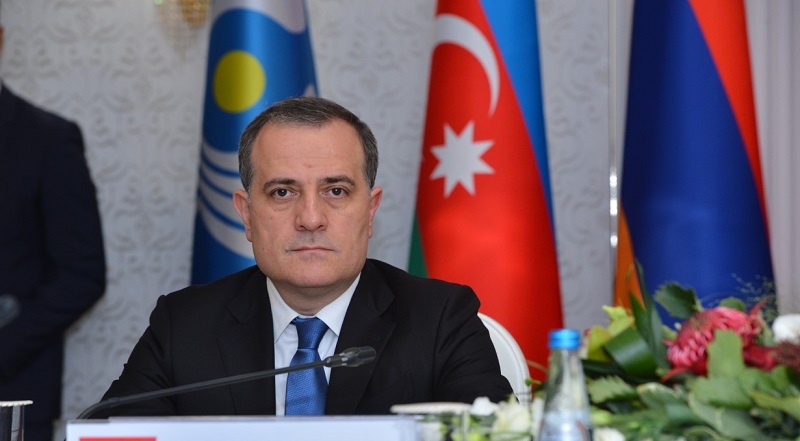 Despite all the difficulties, Azerbaijan is ready to normalize relations with Armenia on the basis of respect for the principles of international law, in particular sovereignty, territorial integrity of states and inviolability of borders, said Azerbaijani Foreign Minister Jeyhun Bayramov.

Bayramov made the remarks Thursday at a session of the CIS Foreign Ministers Council in Minsk, the Azerbaijani Foreign Ministry told News.Az.

The minister said Azerbaijan calls on Armenia to launch the border delimitation and demarcation process in compliance with the abovementioned principles.

Bayramov also reiterated Azerbaijan’s commitment to fulfilling obligations arising from trilateral statements on Karabakh and agreements on unblocking all communications in the region.

The minister expressed confidence that the unblocking of communications will benefit all countries in the region and strengthen the role of the South Caucasus in international transport projects.