Baku says it attaches importance to cooperation with UN 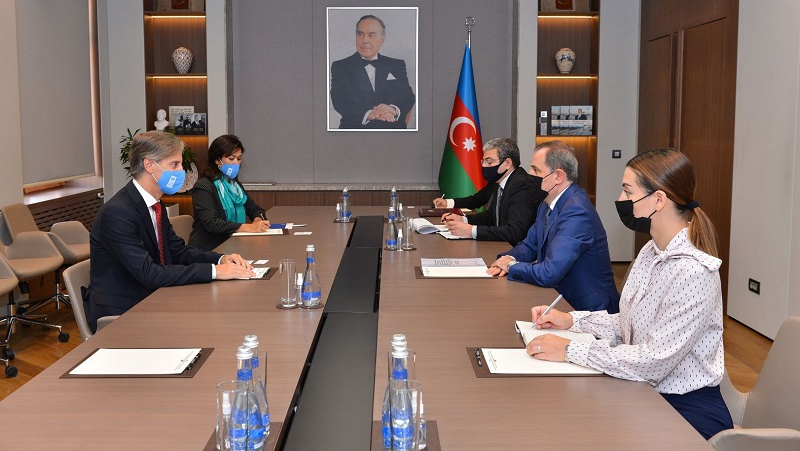 Minister Bayramov noted the successful activities of the Resident Representative in Azerbaijan and thanked Fracassetti in this regard.

Noting that Azerbaijan attaches importance to the cooperation with the UN and its specialized agencies, the minister highlighted the relations with the UNDP in this regard.

Noting with satisfaction the work done during Fracassetti’s term in a number of areas, especially in the implementation of sustainable development goals, the minister said that there are opportunities to further expand this cooperation in the future.

Fracassetti, in his turn, expressed gratitude for the attention shown to him during his term and praised the government’s support for the UNDP mandate. He noted that UNDP, which has been operating in Azerbaijan since 1992, successfully implemented programs in a number of areas during this period, including support for the vulnerable groups, vocational education, climate change, green economy, rural development, youth employment, and etc. UNDP’s support for the post-conflict demining activities was also noted.

Expressing confidence that the cooperation with the next Resident Representative of the UNDP program will continue at a high level, Minister Bayramov wished Mr. Fracassetti success in his future endeavors.