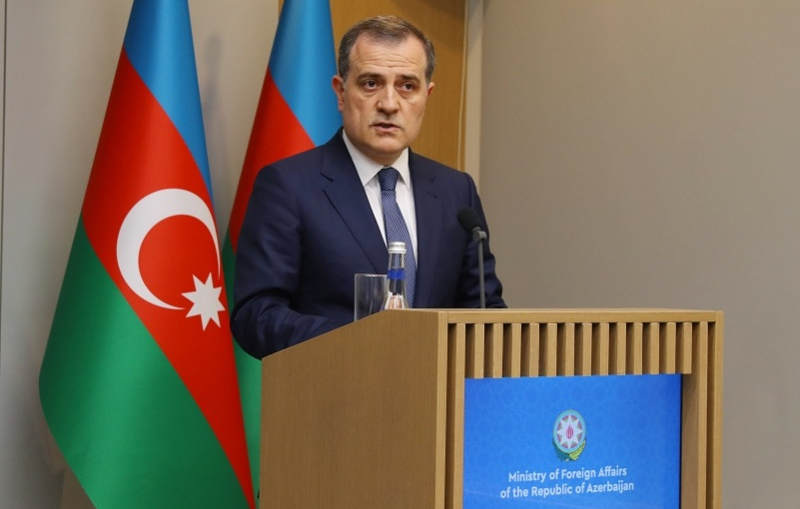 Speaking at a joint press conference with Deputy Prime Minister, Foreign Minister of Kazakhstan Mukhtar Tileuberdi in Baku Monday, Minister Bayramov stressed that Armenia’s refusal to provide the maps of minefields delays the implementation of the trilateral agreement on Karabakh.

Tileuberdi was informed that during the period after the signing of the agreement on November 10, 2020, 28 people died in Azerbaijan as a result of mine explosion and more than 120 were wounded.

Minister Bayramov reminded that Armenia, with the participation of international mediators, has recently handed over maps of mines planted in Aghdam district.

“Some 97,000 mines were planted only in one district, which shows the level of mine threat,” he added.