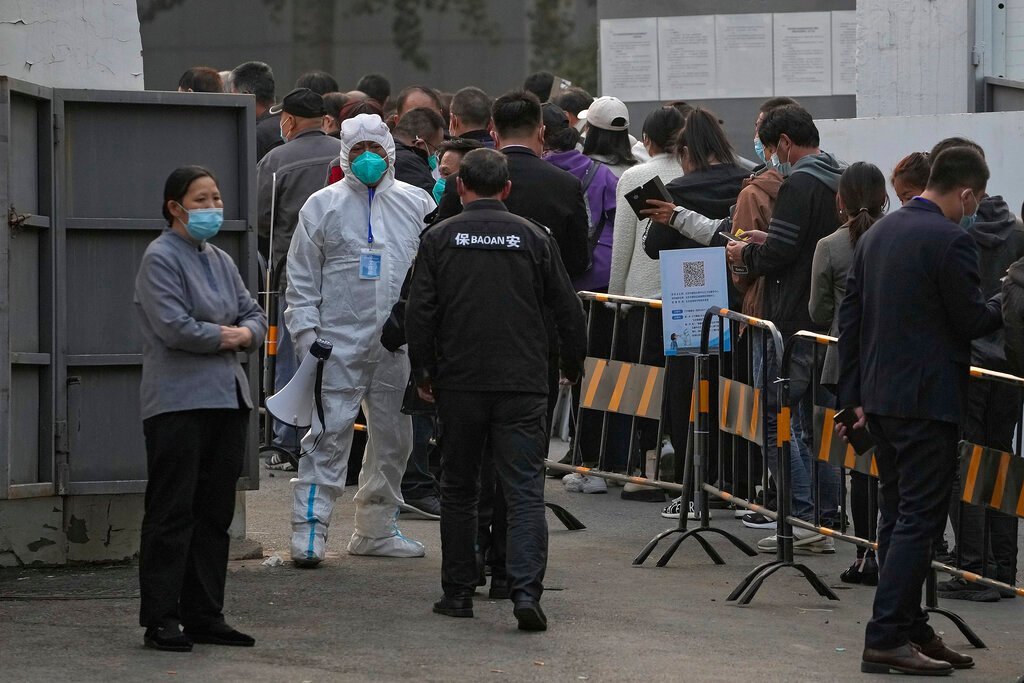 Beijing sealed off a large downtown mall and locked down several residential communities Thursday in response to a recent Covid flare-up, as the latest nationwide wave spread to the capital's central districts, News.Az reports citing AFP.

The latest spike occurred as a sensitive three-day meeting of top Communist Party leaders wraps up in the capital.

China has largely curbed widespread transmission of Covid-19 through snap lockdowns, mass testing and travel restrictions, but authorities remain on high alert after a nationwide spike in local outbreaks linked to domestic travel in the past month.

Raffles City Mall in central Beijing's Dongcheng district was sealed off on Wednesday evening after a close contact of a person with Covid-19 was found to have visited the mall, reported the Beijing Youth Daily.

Exits were closed and all staff and customers inside were not allowed to leave the premises until they got tested.

Four residential communities, a primary school and an office compound were placed under snap lockdowns early Thursday, with tens of thousands of residents barred from leaving and made to undergo mass testing.

Livestream footage on local media of the areas under lockdown showed staff in hazmat suits piling up bags of food for residents stuck inside.

Four of the diagnosed cases are members of the same household, while the two remaining cases are a Jilin resident on a business trip to Beijing and their close contact, local health authorities said.

While more countries worldwide begin to lift virus measures, China has adhered to a strict zero-tolerance Covid strategy which has seen its international borders largely closed since the start of the pandemic last year.

The latest wave has seen millions put under lockdown and domestic travel rules tightened, with many planes and trains cancelled.

China is on track to reach 80 percent vaccination coverage by the end of the year.