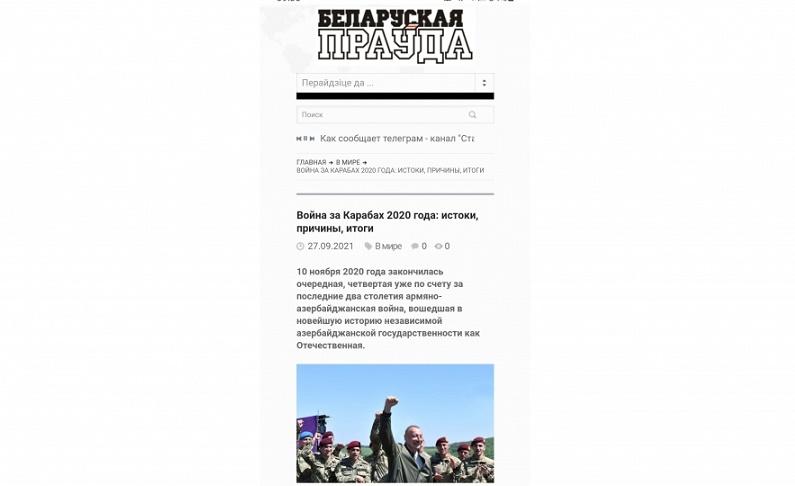 The “Belaruskaya Prauda” news portal has published an article highlighting the anniversary of the 44-day Patriotic War.

“During the 44-day Patriotic War, the Armenian army was completely crushed. The Azerbaijani Army demonstrated its power, strength and professionalism. Although Azerbaijan has stood for peaceful resolution of the conflict for almost 30 years, however, Armenia didn’t give up its destructive position. Azerbaijan liberated its territories from Armenian occupation within the principles of international law,” the article said.

The article also highlighted the glorious path, heroism and bravery demonstrated by the Azerbaijani army under the leadership of Supreme-Commander-in-Chief, President Ilham Aliyev.