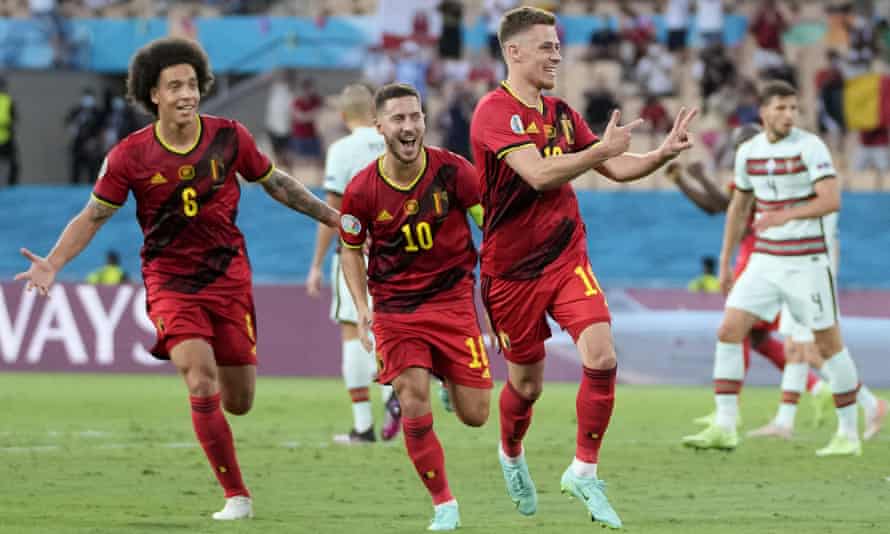 It was a night to forget for title holders of the European Championship Portugal as despite having the likes of record-breaker Cristiano Ronaldo, Bruno Fernandes and Joao Felix to bolster its attack, the Portugese side failed to score a single goal against Belgium in the last 16 game, Reuters reported.

Belgium's Thorgan Hazard thundered in a first-half winner as they beat title holders Portugal 1-0 in their Euro 2020 last-16 game on Sunday to move into the last eight.

Hazard found enough space after a swift passing move to rifle home from 20 metres and score against the run of play in the 42nd minute, setting up a quarter-final clash with Italy, who are unbeaten in their last 31 matches.

Yet Belgium's Kevin De Bruyne, only recently back from a facial injury, could be a doubt, hobbling off three minutes into the second half after suffering an ankle injury shortly before the break.

Diogo Jota had two good chances for the 2016 European champions, one in each half, and Raphael Guerreiro hit the post in the 83rd minute but they could not find an equaliser despite an improved display in the second half.

Belgium will face Italy, who beat Austria 2-1 on Saturday, in Munich on July 2.