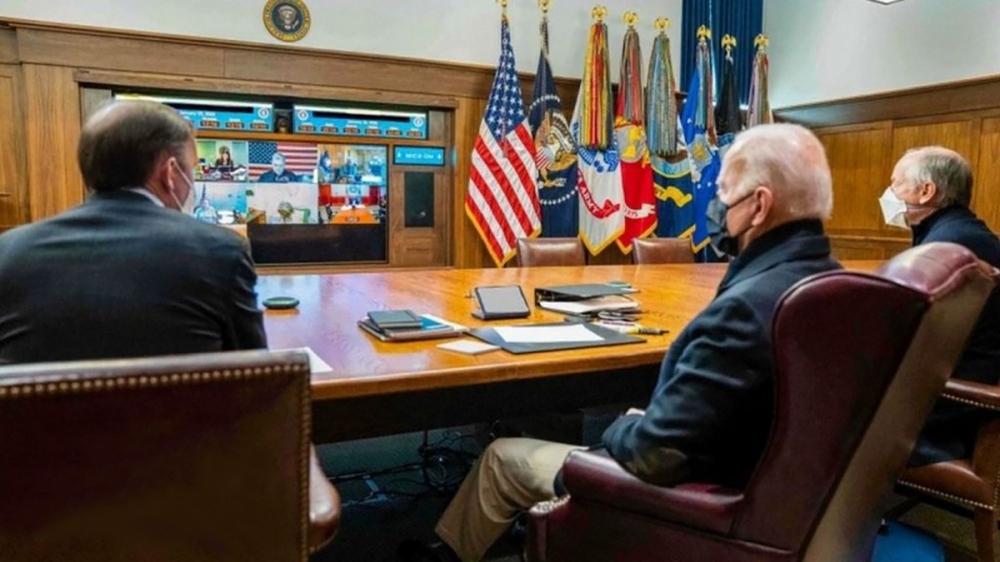 "They reiterated their continued concern about the Russian military buildup on Ukraine’s borders and expressed their support for Ukraine’s sovereignty and territorial integrity," said the White House in a statement.

During the call, the leaders expressed their shared desire for a diplomatic resolution.

"They committed to continued close consultation with transatlantic Allies and partners, including working with and through the EU, NATO, and the OSCE," said the statement.