Big Ben to be silenced for four years for maintenance 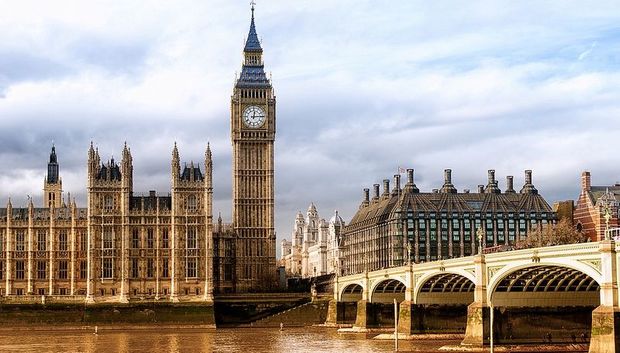 The bongs of Big Ben, the bell inside the clock tower above the Houses of Parliament, are to be silenced for four years for conservation works.

The Elizabeth Tower, home to the bells that make up the Great Clock and the most photographed building in Britain, is undergoing a programme of restoration work, The Guardian reports.

As this work takes place, from noon on Monday 21 August the bell’s hourly chimes will be paused until 2021.

Steve Jaggs, keeper of the clock, said: “I have the great honour of ensuring this beautiful piece of Victorian engineering is in top condition on a daily basis. This essential programme of works will safeguard the clock on a long-term basis, as well as protecting and preserving its home – the Elizabeth Tower.”

Members of the public are being called on to to mark the moment by gathering in Parliament Square to hear Big Ben’s final bongs until they return in 2021.

The Great Bell, popularly called Big Ben, weighs 13.7 tonnes and strikes every hour, to the note of E natural. It is accompanied by four quarter bells, which weigh between one and four tonnes each and chime every 15 minutes.

Big Ben has marked the hour with almost unbroken service for 157 years, with the chimes last falling silent for maintenance in 2007. They also stopped between 1983 and 1985 as part of a refurbishment programme.

The Great Clock, comprising the Great Bell and quarter bells, is operated by a Victorian mechanism, which relies on gravity to trigger the hourly chimes. To stop the bells striking, hammers will be locked and the bell disconnected from the clock mechanism, allowing the clock to continue telling the time silently.

However, parliament’s clock makers will ensure Big Ben can still chime for events such as New Year’s Eve and Remembrance Sunday.

At 96 metres tall, the Elizabeth Tower is a focal point of the Grade I-listed Palace of Westminster, which forms a part of a Unesco World Heritage site.