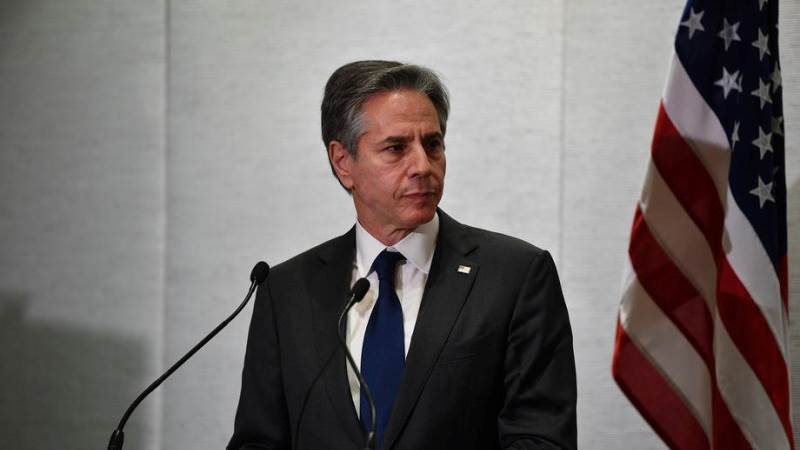 US Secretary of State Antony Blinken believes it does not make sense to go forward with a meeting with Russian Foreign Minister Sergey Lavrov previously planned on February 24, News.Az reports citing TASS.

"It does not make sense to go forward with that meeting at this time. I consulted with our allies and partners - all agree - and today I sent Foreign Minister Lavrov a letter informing him of this," Blinken said at a joint press conference with Ukrainian Foreign Minister Dmitry Kuleba on Tuesday.

"The United States, and I personally, remain committed to diplomacy if Russia is prepared to take demonstrable steps to provide the international community with any degree of confidence that it’s serious about de-escalating and finding a diplomatic solution. We will proceed, in coordination with allies and partners, based on Russia’s actions and the facts on the ground. But we will not allow Russia to claim the pretense of diplomacy at the same time it accelerates its march down the path of conflict and war," the US’ top diplomat noted.

"Now that Russia has made clear its wholesale rejection of diplomacy," it is unnecessary to hold the talks that were previously planned, he said. "But, having said that, to the extent, there is anything that we can do to avert an even worse-case scenario - an all-out assault on all of Ukraine, including its capital, we, our partners remain open to diplomacy," Blinken added.

The meeting between Lavrov and Blinken was initiated earlier by Washington. Moscow gave consent to the meeting. It was suggested to organize the meeting in Geneva.