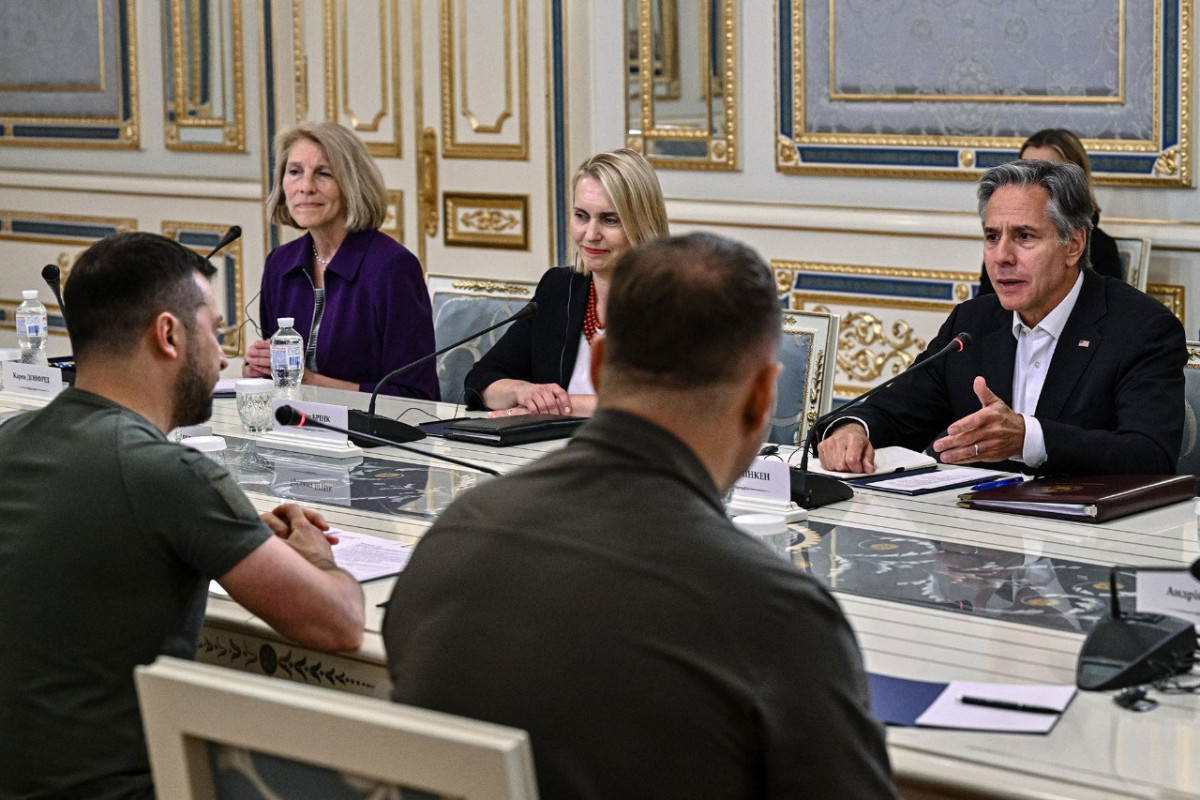 US Secretary of State Antony Blinken made an unannounced trip to Ukraine Thursday – paying his second visit to the country’s capital city since the war with Russia began more than six months ago, News.az reports citing UNIAN.

“President Biden has been clear we will support the people of Ukraine for as long as it takes. I reiterated this message to President Zelenskyy and his team today in Kyiv, which remains – and will remain – the capital of a sovereign, independent Ukraine,” Blinken said in a statement.

His trip comes as Ukraine has launched counteroffensives aimed at reclaiming Russian occupied areas in the south and northeast of the country. It also coincides with a meeting of the Ukraine Defense Contact Group, hosted by US Defense Secretary Lloyd Austin at Ramstein Air Base in Germany.

Both Austin and Blinken visited Ukraine in late April. They remain the highest level US officials to have traveled to the country since the war began in late February. Multiple heads of state have gone to Ukraine to meet with its President Volodymyr Zelensky. US President Joe Biden has yet to travel there, though the two leaders spoke by phone in recent weeks.

According to the State Department, Blinken also briefly went into Ukraine when he met on the border with Kuleba in March.