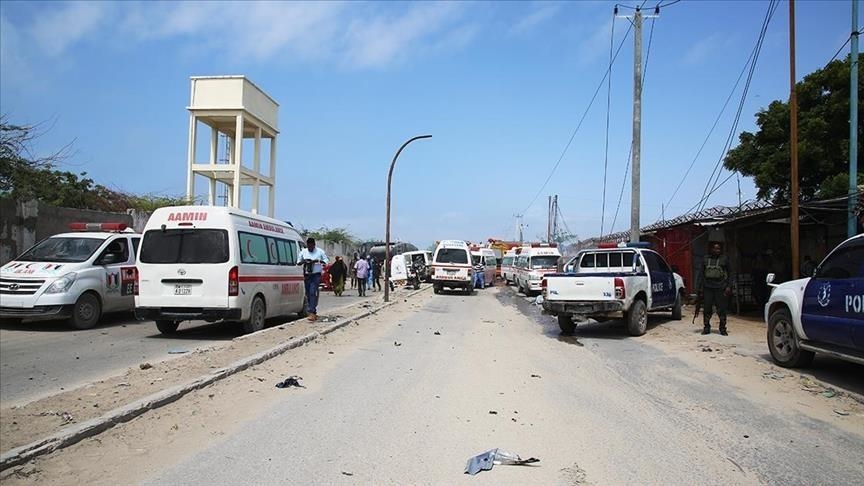 A police officer who spoke to Anadolu Agency said the attack targeted a convoy of the African Union peacekeeping mission in Somalia (AMISOM).

"The bomb attack took place during rush hour and there are a lot casualties but I can confirm that at least eight people were killed and more than 17 others were wounded," he said.

The dead and injured include students and teachers who were at a school near the bomb site, he added.

According to local media, police also confirmed that the target of the attack was a convoy belonging to a local firm that "guards the UN" but did not elaborate on whether any UN staffers were killed or injured in the blast.

Abdukadir Adan, the chairman of a local ambulance service, said on Twitter that the attack took place in front of a school in the district of Hodan, killing and injuring students and civilians nearby.