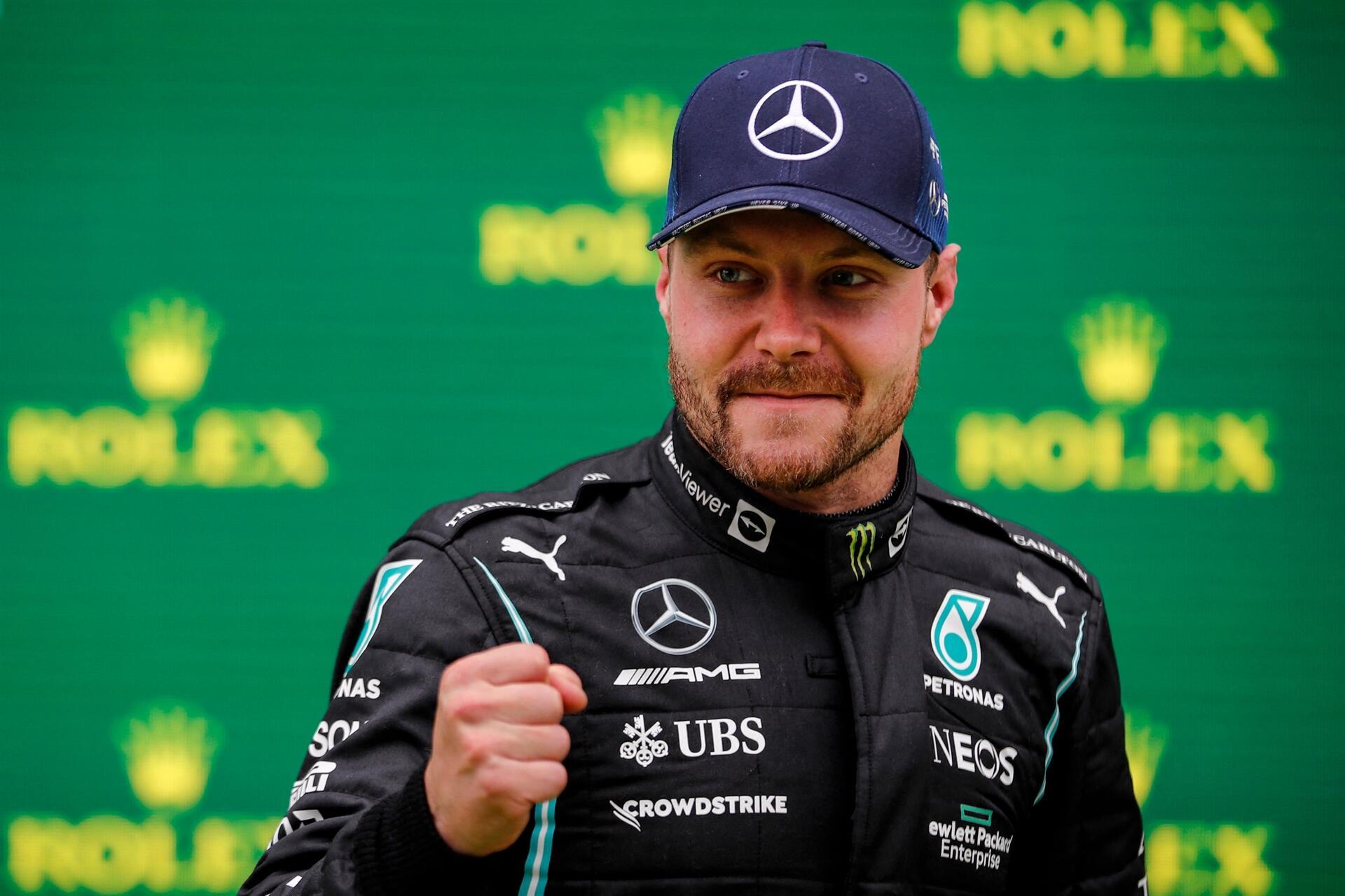 Mercedes driver Bottas won the Turkish Grand Prix for his first victory of the season Sunday, while Red Bull's Max Verstappen finished second to reclaim the overall lead from title rival Lewis Hamilton. Sergio Perez capped a strong day for Red Bull by finishing in third place. He wiped away Hamilton's two-point lead and now leads the Mercedes driver by six points with six races left in a thrilling title battle that could go all the way to the final race in Abu Dhabi.

Defending champion Hamilton lost valuable points by finishing fifth after coming in for a late tire change, despite telling his team he wanted to stay on track when still in third.

Hamilton was getting increasingly agitated as he fell behind Leclerc and with Pierre Gasly's AlphaTauri gaining on him. “Just leave it alone,” he snapped to his race engineer when informed of Gasly's gap.

Bottas finally got the winning feeling again when he overtook Ferrari's Charles Leclerc with about a dozen laps left, clinching his first victory since the Russian GP in September last year. “Haha, yes!” Bottas shouted after his 10th career win, a much-needed one during a frustrating last season with Mercedes before joining Alfa Romeo next year. To cap it off he clocked the fastest lap on the 5.3-kilometer (3.3-mile) Istanbul Park circuit beneath a gray sky amid persistent drizzle.

Hamilton finally came in for new tires on Lap 51 but did not agree with the decision. “Why did you give up that place?” a frustrated Hamilton barked on team radio using an expletive.

Leclerc came in earlier than Hamilton and placed fourth, missing out on a 14th career podium. Ferrari’s Carlos Sainz Jr. and McLaren’s Daniel Ricciardo started from the back after complete engine changes.

A second place was good enough for Verstappen to regain the championship lead from titleholder Lewis Hamilton, who finished fifth, from 11th at the start owing to a 10-place grid penalty, after a very late pit stop over which he was not fully happy. Bottas got his first season victory and 10th overall, ahead of the Red Bull duo of Verstappen and Sergio Perez on the 5.3-kilometer Istanbul Park circuit that never properly dried after prerace rain.

The result means that Verstappen is six points ahead of Hamilton with six season races left, after trailing by two going into the race. Hamilton won qualifying Saturday but got docked 10 places on the grid for changing a power unit component more than the permitted three times in the season.