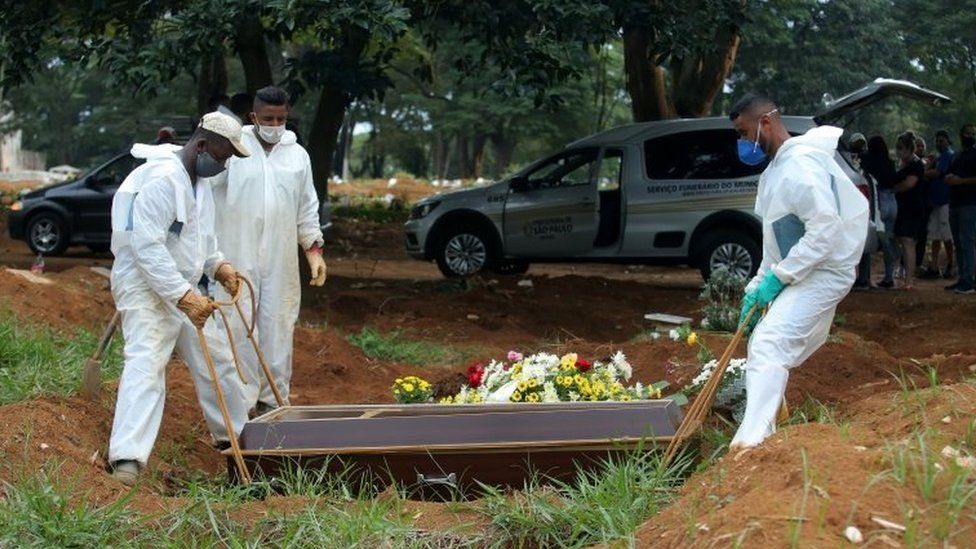 Brazil has exceeded 2,000 Covid-related deaths in a single day for the first time, as infection rates soar, BBC reports.

The country has the second highest death toll in the world, behind the US, with a total of 268,370 fatalities. Wednesday's total was 2,286.

Experts warn the transmission rate is made worse by more contagious variants.

Mr Bolsonaro, who was pictured wearing a mask for the first time in a month on Wednesday, has consistently sought to downplay the threat posed by the virus. Earlier this week he told people to "stop whining".

The surge in cases has put health systems in most of Brazil's largest cities under immense pressure, with many close to collapse, Brazil's leading public health centre Fiocruz warns.

Margareth Dalcolmo, a doctor and researcher at Fiocruz said the country was "at the worst moment of the pandemic".

Thursday is the anniversary of a pandemic being declared by the World Health Organization. Worldwide more than 118 million cases of the virus have been recorded, and more than 2.6 million deaths.