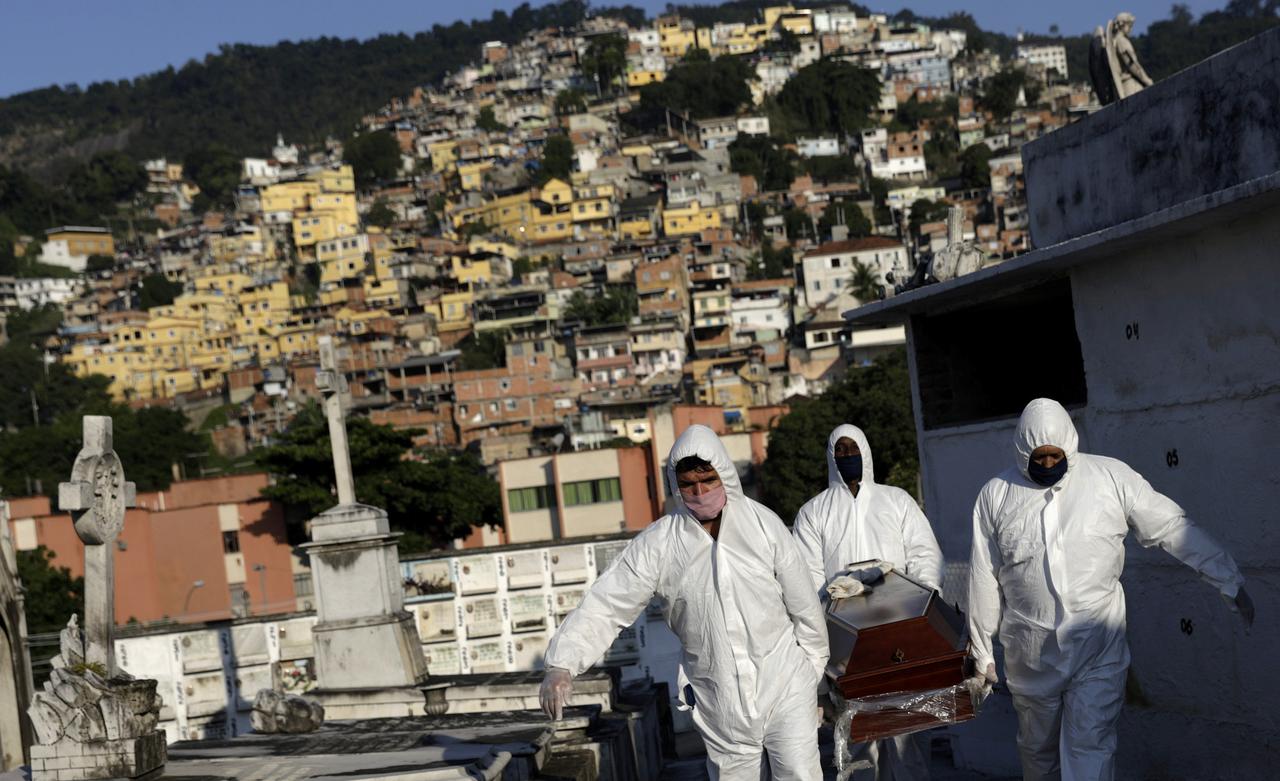 The novel coronavirus death toll in Brazil surpassed 20,000 on Thursday, after a record number of fatalities in a 24-hour period, the health ministry said, AFP reports.

The country is the epicenter of the outbreak in Latin America, and its highest one-day toll of 1,188 pushed the overall death tally to 20,047.

Brazil has now recorded more than 310,000 cases, with experts saying a lack of testing means the real figures are probably much higher.

With its curve of infections and deaths rising sharply, the country of 210 million ranks third in the world in terms of total cases, behind the United States and Russia.

The death toll -- the sixth highest in the world -- has doubled in just 11 days, according to ministry data.

Despite the worrying spread of the disease, far-right President Jair Bolsonaro on Thursday continued his calls to scrap lockdown measures to revive a flagging economy.

But almost all of the country's 27 states are under some sort of lockdown order, though Brazilians are wearying of the restrictions in place since the end of March.