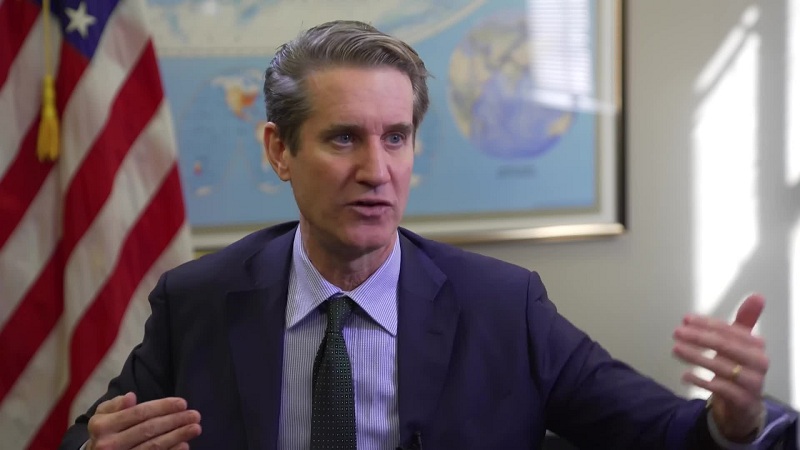 The scale of destruction in Azerbaijan’s liberated Aghdam city is shocking, Matthew Bryza, former U.S. ambassador to Azerbaijan and former OSCE Minsk Group co-chair, told a News.Az correspondent during his trip to the city on Monday.

“This is my second visit to Aghdam. I first came here in 2007 as the US co-chair of the OSCE Minsk Group,” Bryza said.

The former U.S. diplomat noted that the city of Aghdam reminds him of Warsaw destroyed in 1945.

“We are shocked at the scale of destruction in Aghdam. It reminds me of the pictures of Warsaw in 1945. Warsaw was destroyed by Hitler and Nazis systematically, building by building. The city was blown up. And here – in Aghdam there is the same feeling. It is so real. It is very strange feeling to walk on the pavement that is still the pavement from 1992. It reminds me how so many beautiful lives in this city have changed, and everybody left their homes,” he added.

Bryza said he hopes that Azerbaijanis can return to Aghdam eventually after rebuilding.

The former U.S. diplomat stressed that the statement of 10 November 2020 on ceasefire and the cessation of all hostilities in Karabakh will create a stable situation.