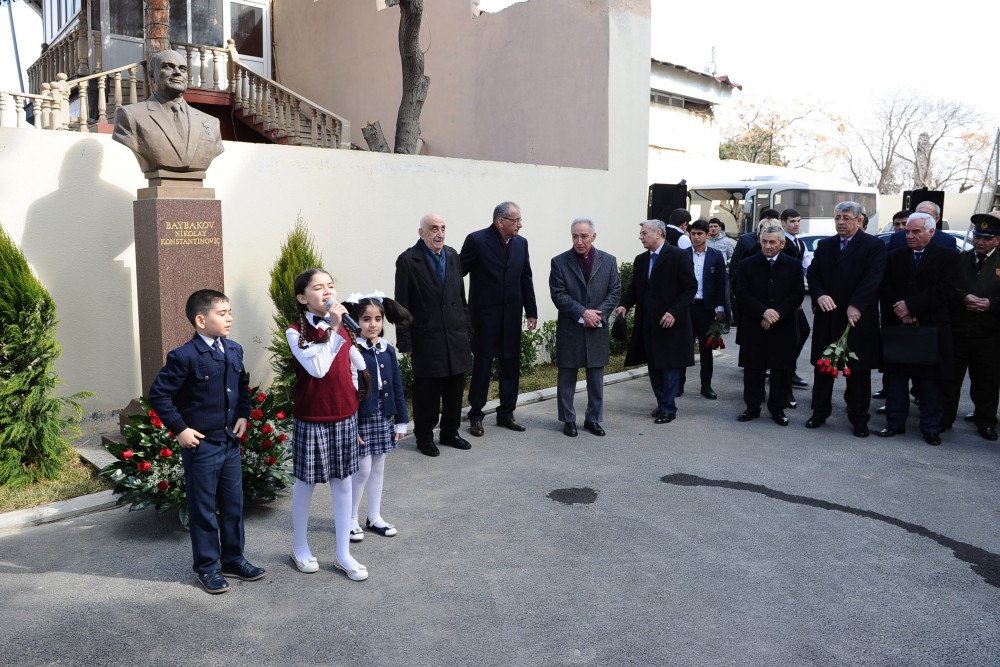 A bust of Nikolai Baibakov, famous public figure and Hero of Socialist Labor, has been unveiled at secondary school No. 67 in Sabunchu settlement, Baku.

“He made a great contribution to the development of Azerbaijan’s oil industry. For many years he held senior positions in the former Soviet Union, but never forgot his native Azerbaijan and always supported it,” he said.