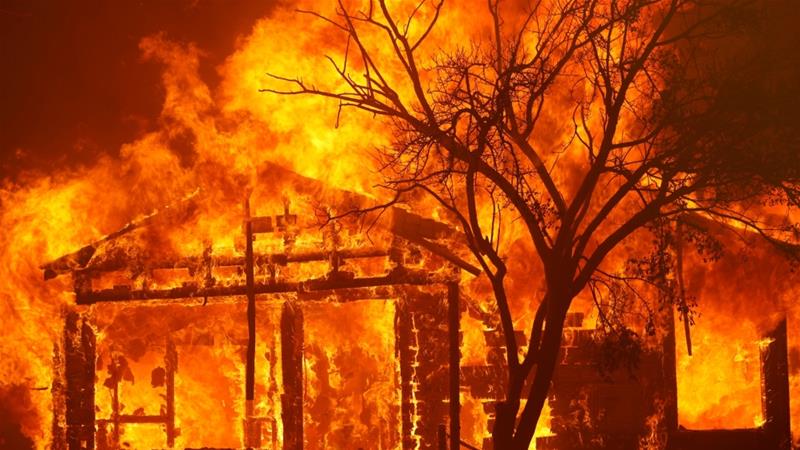 California is struggling to contain huge wildfires burning forests and homes warned Governor Gavin Newsom on Friday as more than 12,000 fire-fighters battle the blazes that have killed six people, according to BBC News.

Help is on its way from several US states as Gov Newsom put in a plea for assistance from Australia and Canada.

"These fires are stretching our resources, our personnel," he said.

Among the 560 fires are some of the largest the state has seen.

More than 12,000 dry lightning strikes started the blazes during an historic heat wave in which thermometers in Death Valley National Park reached what could be the highest ever temperature reliably recorded.

By Friday, emergency officials said some of the fires had doubled in size from the day earlier and have now forced 175,000 residents to flee.

Two of the fires are now the 7th and 10th largest in the state's history, Gov Newsom said as he urged President Trump to sign a major disaster declaration.

The worst are in the mountains to the south and east of San Francisco.

At least 43 people including fire-fighters have been injured, and hundreds of buildings have burned down and thousands more are threatened.