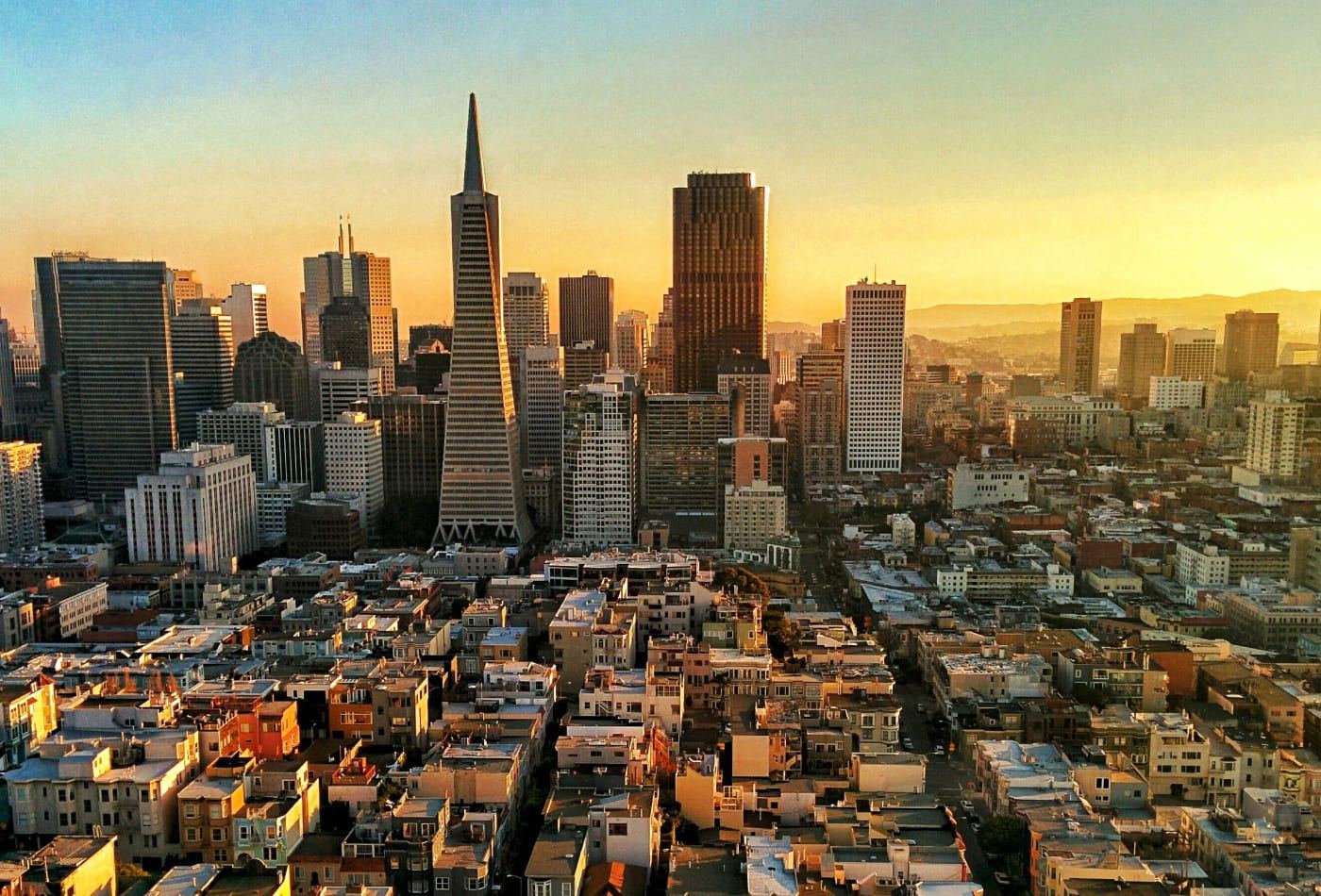 Signed by San Diego Mayor Todd Gloria, the proclamation reads: “30 years ago, on October 18, 1991 the people of Azerbaijan restored their country’s freedom and independence establishing the Republic of Azerbaijan and declaring it the successor to the Azerbaijan Democratic Republic (1918-1920), which was the first secular parliamentary democracy in the Muslim world, granting voting rights to women in 1919 for the first time among Muslim nations”.

The document further states: “Over the last 30 years, the Republic of Azerbaijan has consolidated its freedom, sovereignty and independence, and has become a staunch and strategic ally and the largest trade partner of the U.S. in the critically important South Caucasus region.”

The proclamation also notes that “the Republic of Azerbaijan is internationally regarded as a successful model for peaceful and harmonious coexistence of Muslims, Christians and Jews”.

Consul General of Azerbaijan and Dean of the Los Angeles Consular Corps Nasimi Aghayev thanked the San Diego mayor for this proclamation, expressing satisfaction with partnership relations established in 2011 between San Diego and Azerbaijan’s capital City of Baku.

Mentioning the fact that Oct. 18, 2021 also marks the 10th anniversary of Baku-San Diego partnership, Aghayev noted that thanks to numerous events and mutual visits the Baku-San Diego partnership has been growing exponentially for the last 10 years. The Consul General expressed hope that the next 10 years will see further development in this regard, bringing the people of both cities even closer. 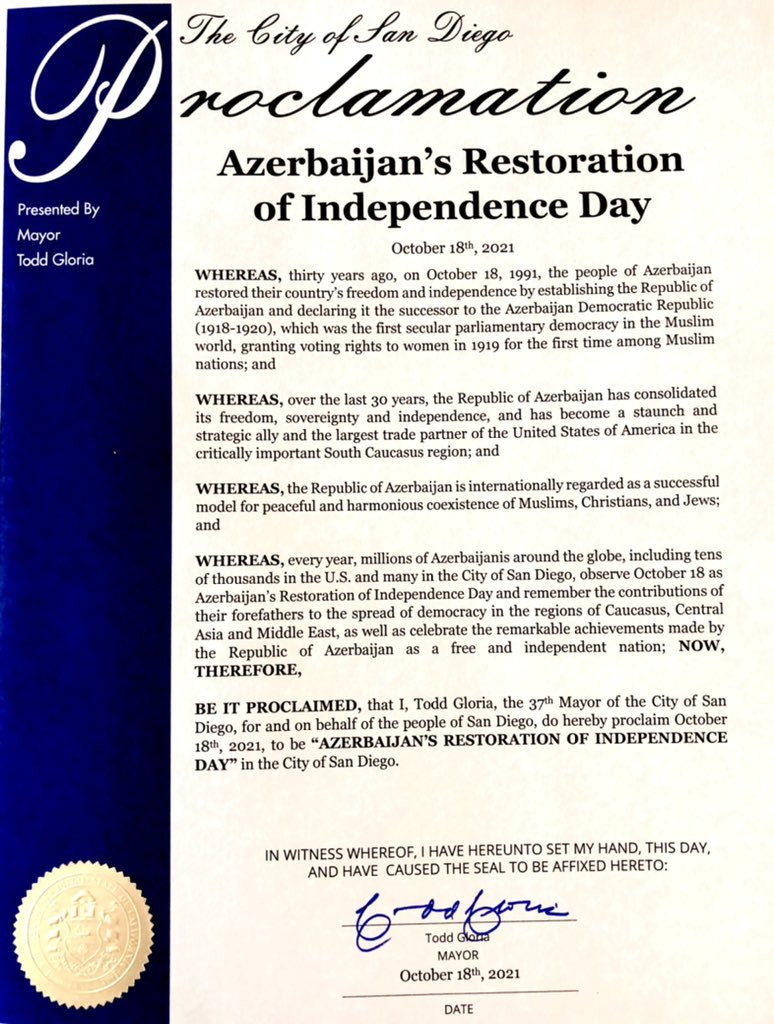