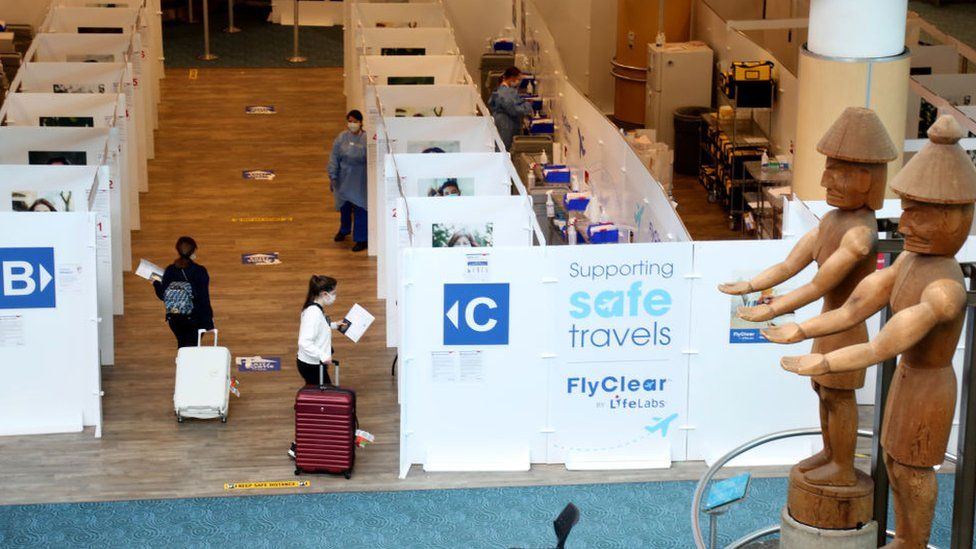 Canada has fined two travellers arriving from the US who, officials say, forged Covid-19 testing and vaccination documents.

It comes as Canada is set to ease travel restrictions on US visitors.

Around the world, nations are grappling with how to re-open their borders to travellers amid a virus surge.

According to a statement from the Public Health Agency of Canada, the two unnamed travellers had entered Canada from the US during the week of 18 July.

The Canada Border Services Agency, which inspects Covid travel documents for authenticity, determined that the duo had faked the documents that they had uploaded to the government's ArriveCAN travel website.

"The Government of Canada will continue to investigate incidents reported and will not hesitate to take enforcement action where it is warranted to protect the health of Canadians from the further spread of Covid-19 and its variants of concern," the agency said in a statement.