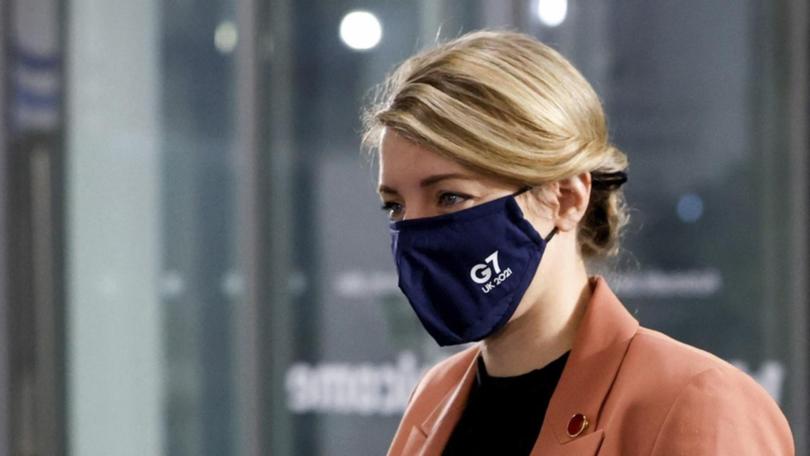 Canadian Foreign Minister Melanie Joly said on Monday a rapid COVID-19 test that she had taken proved to be positive, adding she was working in isolation until the result could be confirmed, News.Az reports citing Reuters.

Joly, 42, was named foreign minister in October and would be one of the most prominent domestic politicians to come down with the coronavirus, which is spreading rapidly as the Omicron variant picks up speed.

"I have taken a rapid test and tested positive for COVID-19. Following public health guidelines, I am in isolation and will continue my work virtually, as I have been for a number of days, until I get the results of my PCR test," she tweeted.

Joly did not give further details. Her chief spokeswoman was not immediately available for comment.

Prime Minister Justin Trudeau said on Friday a spike in cases of Omicron was "scary," while a top medical official suggested the healthcare system could soon be swamped.

Earlier in the day, Quebec, Canada's second-most-populous province, ordered bars, gyms and casinos shut on Monday and directed people to work only from home.

Quebec Health Minister Christian Dube said the province had a record 4,500 new cases of the coronavirus a day and predicted worse was yet to come.

He urged Quebecers to cut down personal contacts with the approach of Christmas and New Year's Day. The new measures were due to take effect at 5 p.m. (22:00 GMT) on Monday.

"The situation is critical. ... Right now we are waging a war against the virus," Dube told a virtual briefing.

"We will have new projections from our specialists this evening and let's be honest, they probably won't be encouraging," he said.

Dube said most schools would shut down immediately until Jan. 10, while restaurants would open only from 5 p.m. to 10 p.m. and all sporting events would be played without spectators.