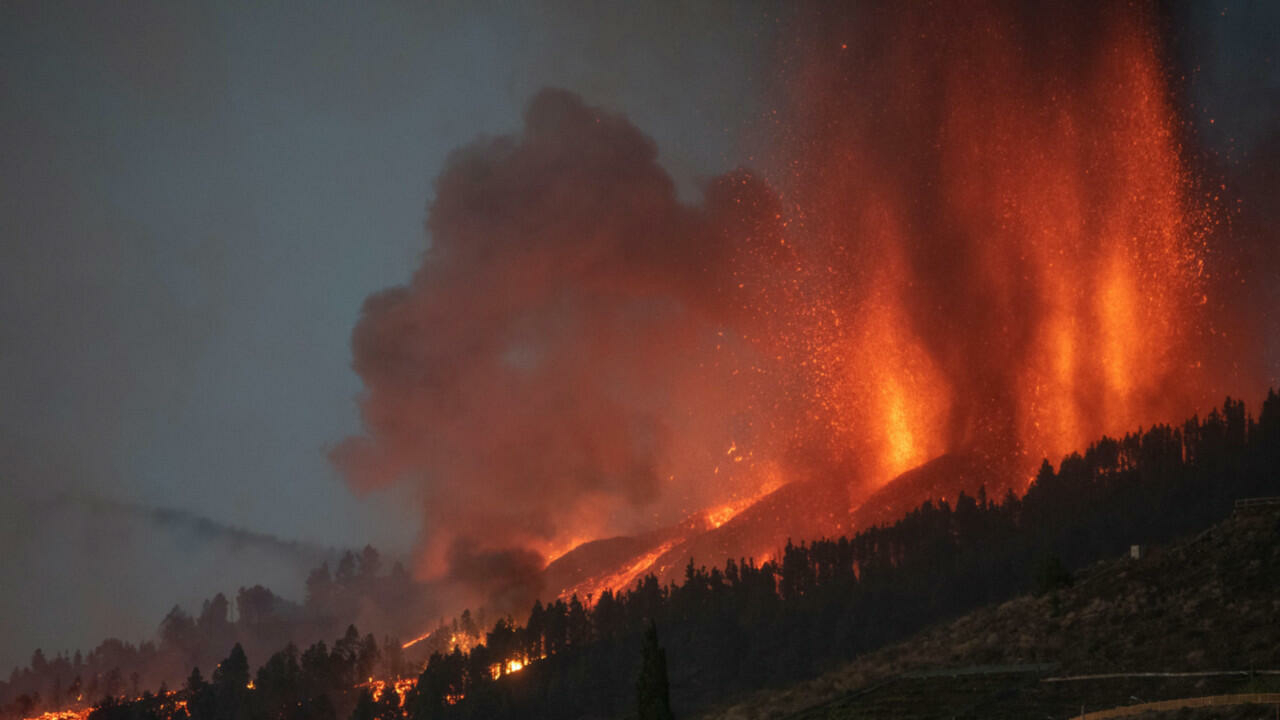 Lava poured from an erupting volcano on the Spanish island of La Palma for a fourth day on Wednesday, blanketing houses and fields, a day after people with homes on the path of the molten rock were allowed back briefly to recover belongings, Reuters reports.

Towers of magma burst high into the air overnight, painting the night sky red and spraying fiery debris onto the flanks of the Cumbre Vieja volcano.

Drone footage earlier showed lava flowing westwards to the coast in three huge tongues, incinerating everything in their path, including a school.

During the night between Tuesday and Wednesday, the Canary Islands' vulcanology institute said the amplitude of the volcano's seismic activity intensified.

That seismic activity is "an indicator of the intensity of the strombolian explosive activity," the institute said late on Tuesday. Strombolian is an adjective describing volcanic eruptions with violent explosions ejecting incandescent dust.

The report was issued as the lava pouring from the flanks of the volcano had spread to cover 154 hectares (0.59 square mile) in the towns of El Paso and Los Llanos de Aridane, according to Copernicus Emergency Management Service.

The unstoppable lava has been slowly burning and covering houses as well as fields since the Cumbre Vieja volcano has erupted on Sunday afternoon.

About 6,000 people of the 80,000 people living on the island have been evacuated since Sunday and those living on the path of the lava were allowed back into their homes for brief moments to recover belongings.

No fatalities or injuries have been reported, but drone footage captured two tongues of black lava cutting a devastating swathe through the landscape as they advanced down the volcano's western flank towards the sea.

Experts say that if and when the lava reaches the sea, it could trigger more explosions and clouds of toxic gases. Marine authorities are keeping a two nautical mile area in the sea around the area closed as a precaution.