Capitalization process completed in five banks, running in others 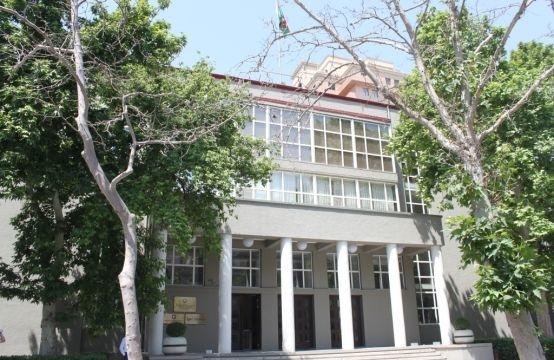 Process in two banks, of which EBRD is shareholder, is about to complete.

On the background of macroeconomic transformation processes in the country, the credit activity in banking sector declined, losses increased due to worsening asset quality, deposits were removed from the sector, as well as capital position weakened in 2016, said the Azerbaijani government’s report on 2016, according to APA.

According to the document, as a result of prudential measures taken in this direction throughout the year, key indicators of the financial stability were satisfactory. The Financial Markets Supervisory Authority (FIMSA) has taken complex measures to normalize the banking sector, restructure and capitalize the troubled institutions, remove the troubled institutions that were unable to provide capital sustainability from the system:

- Diagnostic analysis have been conducted to assess the assets quality, liquidity and capital position, real capital needs of the sector have been defined, moreover, importance of banks for the system has been assessed and control policy has been set on each bank;

- Special capitalization program was developed on 17 banks with capital deficiency and execution of the program was controlled. On July 21, 2016, 4 banks’ licences were revoked due to the fact that they did not meet the capital requirements. On September 30, 2016, Bank Standard’s licence was revoked because the funds for its normalization exceeded the cost of its liquidation twice.

- Agreement was reached with the European Bank for Reconstruction and Development about capital increase in banks, of which EBRD is shareholder, and capitalization process in these banks is about to complete. Intensive dialogue is underway with shareholders and main creditors of other banks with capital deficiency. Generally, capitalization process was completed in five banks and is running in others.

- Financial situation of other banks is sufficiently sustainable. Their financial sustainability is under control, regular measures are being taken to increase the capital buffer.