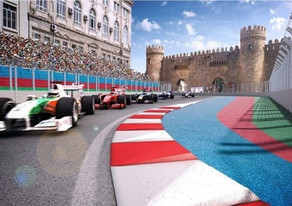 Baku residents are asked not to park cars in all the streets of Formula-1 race track, especially in Khagani, Istiglaliyyat and Aziz Aliyev streets, as well as in front of the Gosha Gala Gates on June 1-25, from 22:00 till 06:00, but instead to use alternative parking places.

Report was told by Baku City Circuit Operation Company that Vehicles hampering preparation works on timely manner for Formula-1 race will be takento the penalty areas: Baku City Circuit Operation Company apologies to residents of the capital for the inconvenience caused as a result of preparatory works and expresses its deep gratitude for contribution in preparation for the most spectacular event of the season.

Currently, installation of the protective fences and tribunes along the track and also repair works on asphalt track carried out. In order to avoid interruptions in the movement of vehicles and pedestrians on the streets of the city center, works are usually carried out at night."