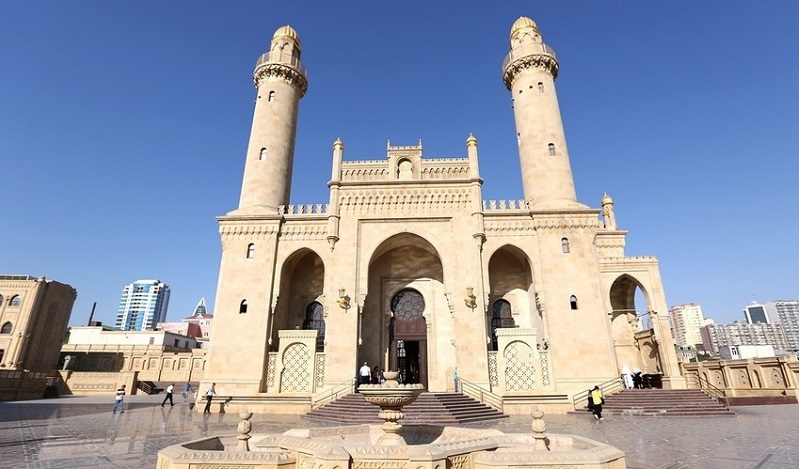 The Caucasus Muslims Office (CMO) has made a statement in connection with the act of aggression committed at the building of the Embassy of the Republic of Azerbaijan in the United Kingdom of Great Britain and Northern Ireland on August 4, the press service of the Office told News.Az.

The statement reads: “The Caucasus Muslims Office, with feelings of concern, strongly condemns the act of aggression committed against the building of the Embassy of the Republic of Azerbaijan in the United Kingdom of Great Britain and Northern Ireland on August 4 and views it as a pre-prepared act of terrorism and vandalism of political nature. This incident is an act of sabotage against the Republic of Azerbaijan and, in general, against international law. The fact that the radical group called the Mehdi Servants targeted the national flag of independent Azerbaijan, which is its sovereignty and attribute, and the act was accompanied by religious slogans and sectarian demands can be considered to be an abuse of religion and a call for hatred.

Azerbaijan is one of the rare countries in which an environment of friendship, fraternity and understanding reigns between religions and sects. Our country is a law-based, democratic and secular state, which is recognized with strong respect for its own national and moral values and intense care for its religious heritage and traditions. Shows of sectarian discrimination, religious intolerance, religious radicalism and xenophobia are alien to Azerbaijani society. Besides the Muslims, orthodox and catholic Christians, Jews, all the ethnic and religious minorities develop their national values and freely exhibit their religious rituals and prayers in Azerbaijan. We present our tolerant and multicultural way of life as a model of co-existence to the entire world.

The forces, which stand behind and orchestrate the sabotage against our country, should know that there is no room in the Azerbaijani society for radical and extremist forces and their destructive ideologies and the believers in Azerbaijan will never follow their malicious sabotage. Humiliation of the flag of Azerbaijan on political grounds and under the pretext of religious and sectarian fanaticism is an inadmissible act of subversion and we hope that the UK government will take necessary action over this incident. The hostile forces perfectly know that the main source of our victory is our national and religious unity, that is why, they target this unity. No force can ever lower the flag of the strong and unshakeable state of Azerbaijan and damage our morality, unity and moral values. No one can damage our national and religious unity, seed discord and break our rows in our country, in which respect for the family of the Islamic Prophet is highly maintained and the values of Islam are highly appreciated. The national and moral values are our nationwide wealth. These historically preserved values stand at the root of all of our victories and, God willing, Azerbaijan will always make victories and new historic triumphs based on this heritage.”