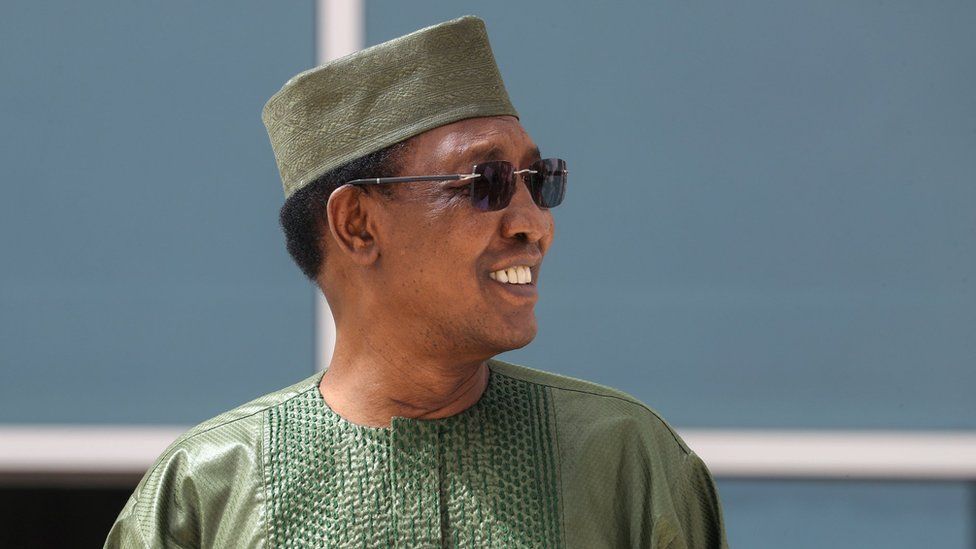 Chad's President Idriss Déby has died suddenly in clashes with rebels in the north of the country at the weekend, the army has said on state TV, BBC reports.

On Monday, provisional results from the election on 11 April projected he would win a sixth term in office, with 80% of the vote.

The government and parliament have been dissolved. A military council will govern for the next 18 months.

Mr Déby, 68, was one of Africa's longest-serving leaders.

He first came to power in an armed uprising in 1990.

Mr Déby "breathed his last defending the sovereign nation on the battlefield", an army general said in a statement read out on state TV.

He had gone to the front line at the weekend to visit troops battling rebels based across the border in Libya.

The military council will be led by the late president's son, Mahamat Idriss Déby Itno, 37, a four-star general.

The rebels, from a group calling itself Fact (the Front for Change and Concord in Chad), attacked a border post on election day. They were advancing on the capital, N'Djamena, several hundred kilometres to the south.

The clashes with the army began on Saturday. An army general told Reuters news agency that 300 insurgents were killed and 150 captured. Five government soldiers were killed and 36 were injured, he said. The figures could not immediately be verified.