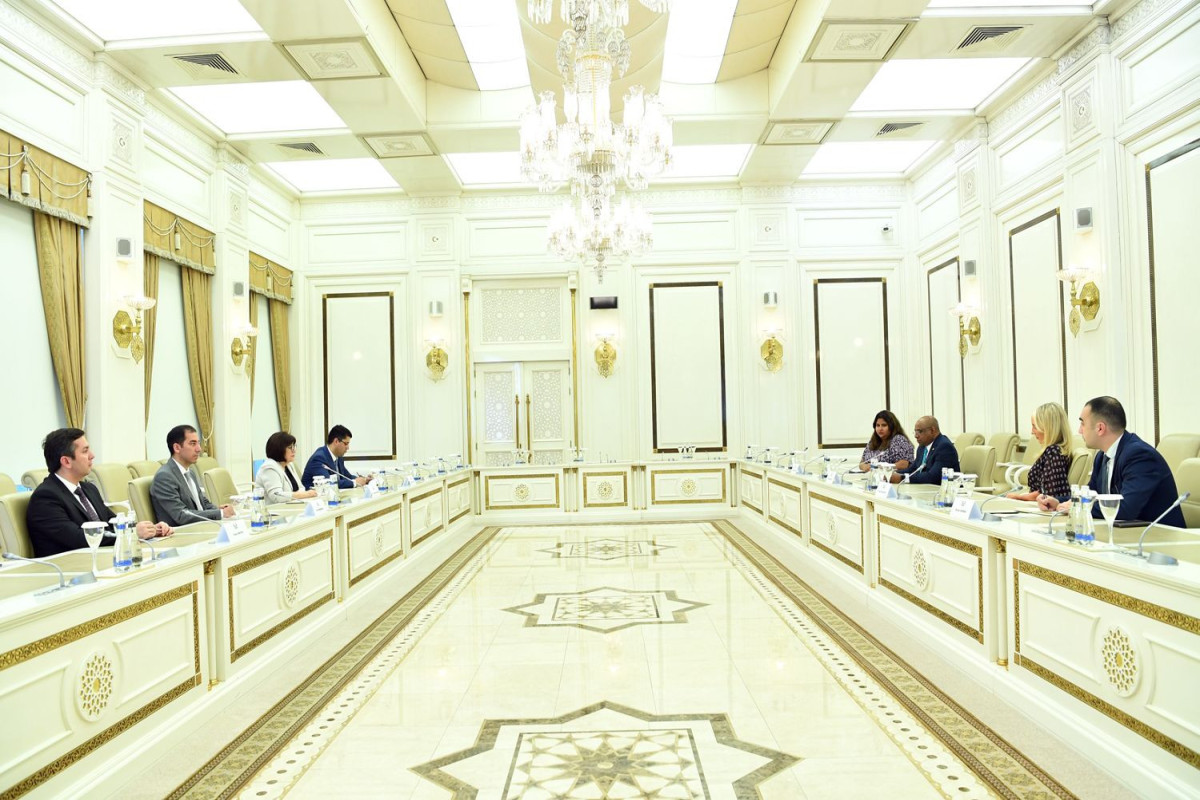 Speaker Gafarova recalled her conversation with the UN Resident Co-ordinator in Azerbaijan Vladanka Andreeva in February this year and shared her impressions of it. Incidentally, she added, the Azerbaijani membership in the UN is turning thirty years in 2022. Our country has always been a rather active member of the Organisation and was elected as a non-permanent member of the UN Security Council for 2012-2013 with 155 member-states having supported the election. That, Mrs Gafarova stressed, showed the international reputation commanded by Azerbaijan.

Azerbaijan as the current chair of the Non-Aligned Movement is backing the UN initiatives and making her input in addressing the matters of global interest. Since the start of the chairmanship also, Azerbaijan has called several NAM sessions and has established the NAP Parliamentary Network upon the instance of President Ilham Aliyev. We trust that the Network’s First Conference will prove useful for all the participating states, according to Speaker Gafarova.

Azerbaijan is a multicultural country and multiculturalism is a way of life with our people. Followers of various creeds and different ethnic groups have co-existed in peace and amity in our country for centuries, Mrs Gafarova continued.

She proceeded to talk about the close involvement of Azerbaijani women in diverse areas in the country, Azerbaijan having been the first in the East to grant the suffrage and currently having a state committee for family, women’s and children’s issues as well as a parliamentary counterpart.

The 44 days’ Patriotic War and the new realia in the region were brought up, too. At the same time, Sahiba Gafarova pointed it out to Abdulla Shahid that Azerbaijan is committed to sustainable peace and stability, and voiced a hope that a signed peace treaty between Armenia and Azerbaijan was only a little ways down the road.

President of the UN 76th General Assembly Abdulla Shahid said he was glad to have arrived at the Milli Majlis. He spoke of the high standards set by the UN-Azerbaijan co-operation and witnessed his satisfaction with the successful Azerbaijani chairmanship of the Non-Aligned Movement.

The guest also touched upon Azerbaijan’s experience and active role in the emergence of the NAP Parliamentary Network, women’s engagement in politics, the importance of keeping up steady peace and other substantial matters.

Mr Shahid said also that he was certain: Azerbaijan will restore its liberated territories and that life there will be back on an even keel before long.