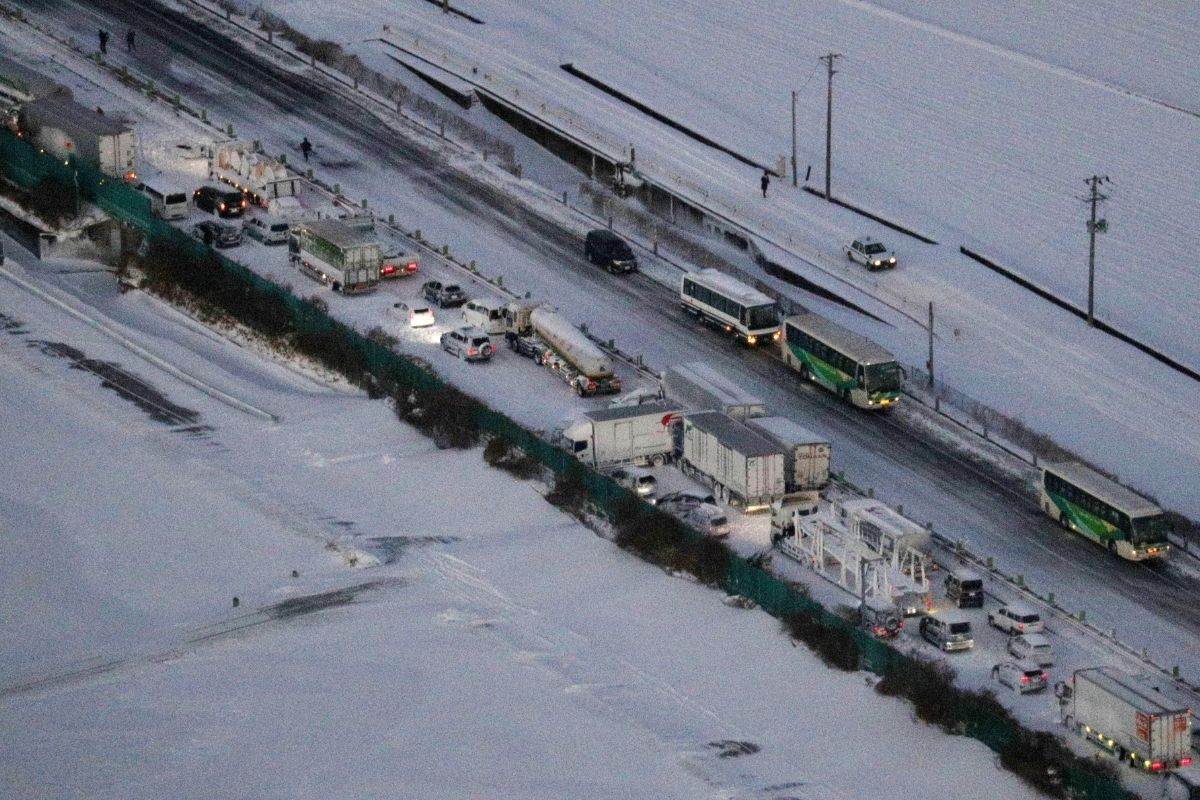 At least 134 cars were involved in a series of crashes in Japan on Tuesday when a snow storm struck a stretch of highway and one person was killed and a dozen hurt in the chaos, Reuters reports.

The crashes occurred on the Tohoku Expressway in the northern prefecture of Miyagi at around noon, on a stretch of road about 1 km (half a mile) long, the government said.

Authorities had imposed a speed limit of 50 kph (31 mph) when heavy snow cut visibility but that was not enough to prevent disaster.

Some 200 people were caught up in the crashes with 12 of them were sent to hospital, the disaster management agency said.