Charles Michel: EU actually wants to give partnership with Azerbaijan a strategic nature 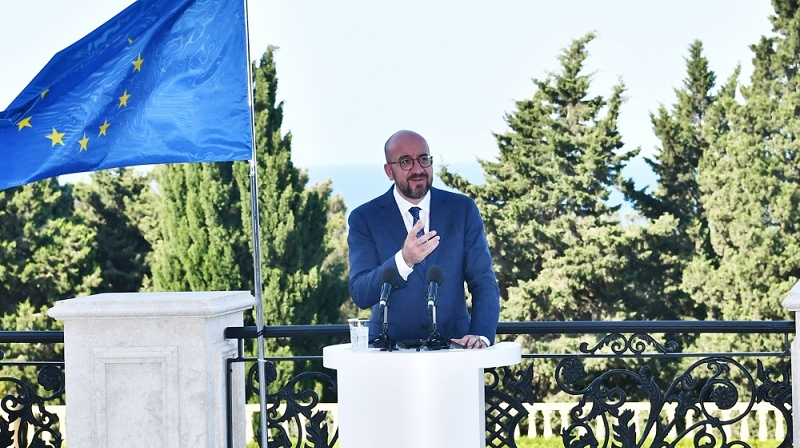 "We want to give another impetus to our relations. We actually want to give the partnership between the European Union and Azerbaijan a strategic nature. This morning, I got acquainted with future-oriented projects in Azerbaijan in the fields of innovation, satellites, as well as infrastructure. I was familiarized with the work on creating new opportunities in the port of Baku, as well as the regional scale," he said.

Michel added: "We understand that the partnership between the European Union and Azerbaijan is not based on financial support. On the contrary, it is a partnership based on the desire to work together, on innovation, technological exchanges and economic cooperation. It is in this spirit that the two priorities the European Union considers in terms of economic development – climate change and digital revolution – must be at the heart of the projects we are launching together."

Touching upon the upcoming EU Eastern Partnership Summit in December, Michel stressed the importance of exchanging views in order to set expectations. "Both sides are preparing for the summit," he added.