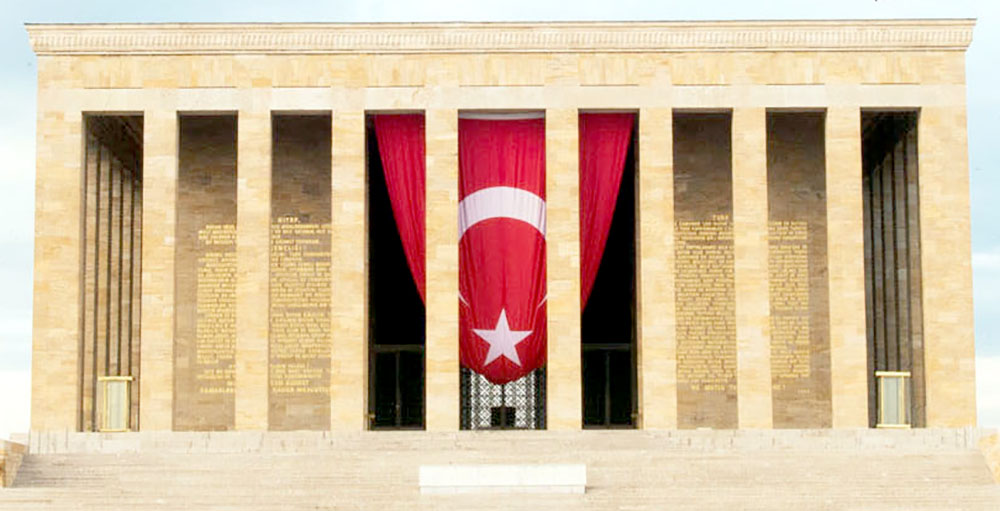 Azerbaijan’s First Deputy Minister of Defense - Chief of the General Staff of the Azerbaijan Army, Lieutenant General Karim Valiyev on Monday visited Anıtkabir, the mausoleum where the founder of the Republic of Turkey, Mustafa Kemal Ataturk, was buried, the Azerbaijani Defense Ministry told News.Az.

The Chief of the Azerbaijani General Staff is on an official visit to Turkey.

The Defense Ministry’s delegation laid a wreath at the grave of Atatürk paying tribute to his memory.

Valiyev then signed the Book of Remembrance.