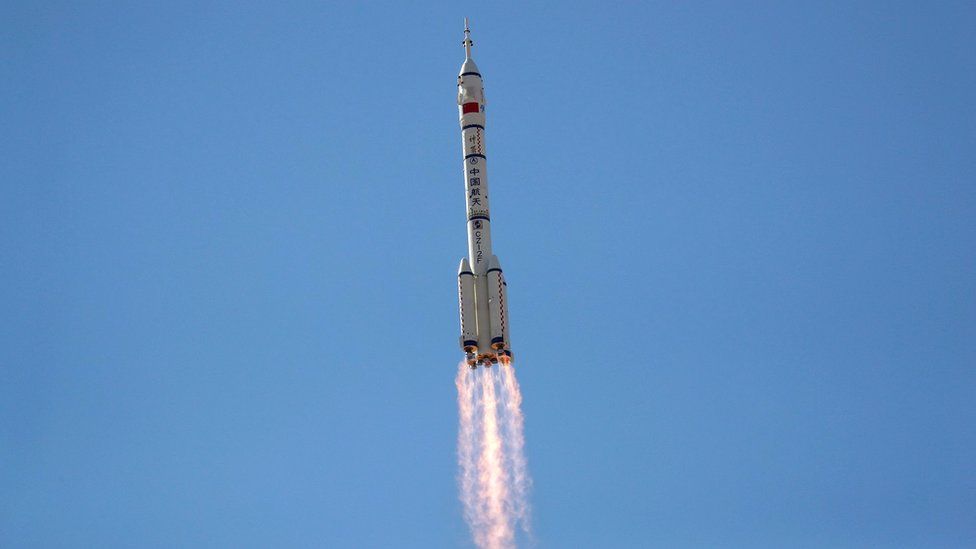 The three men - Nie Haisheng, Liu Boming and Tang Hongbo - are to spend three months aboard the Tianhe module some 380km (236 miles) above the Earth.

It will be China's longest crewed space mission to date and the first in nearly five years.

On Thursday, their Shenzhou-12 capsule successfully took off atop its Long March 2F rocket.

Lift-off from the Jiuquan satellite launch centre in the Gobi desert was at 09:22 Beijing time (01:22 GMT).

The launch and subsequent mission are another demonstration of China's growing confidence and capability in the space domain.

In the past six months, the country has returned rock and soil samples to Earth from the surface of the Moon, and landed a six-wheeled robot on Mars - both highly complex and challenging endeavours.

The primary objective for Commander Nie Haisheng and his team on the Shenzhou-12 mission is to bring the 22.5-tonne Tianhe module into service.

"I have a lot of expectations," Mr Nie said ahead of the launch.

"We need to set up our new home in space and test a series of new technologies. So, the mission is tough and challenging. I believe with the three of us working closely together, doing thorough and accurate operations, we can overcome our challenges. We have the confidence to complete the mission."

This 16.6m-long, 4.2m-wide Tianhe cylinder was launched in April.