China limits travel in most populous province over Covid-19 cases 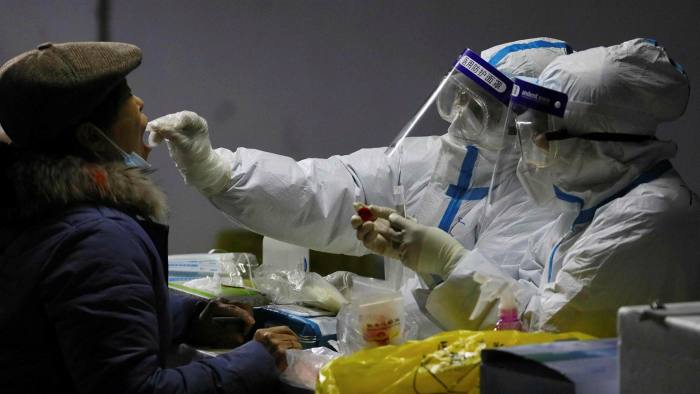 Chinese authorities imposed fresh travel limits, cancelled flights and tested thousands of residents in Guangdong Monday after the Indian variant of the coronavirus was reported in the country's most populous province, AFP reports.

Travellers leaving Guangzhou -- the capital of the southern province home to 100 million people -- must show negative Covid-19 test results from the past 72 hours, starting from 10:00 pm on Monday, the city said in an announcement late Sunday.

Guangzhou, an industrial hub of nearly 15 million people north of Hong Kong, reported 18 new local cases of the coronavirus on Monday, causing alarm in a country that has largely brought domestic transmission under control.

Guangzhou authorities have ordered residents of entire districts to be tested for the virus, while the nearby cities of Foshan and Shenzhen, which borders Hong Kong, have also launched mass testing after local cases were detected in the past week.

Hundreds of flights out of Guangzhou's Baiyun International Airport have been cancelled as of Monday afternoon, according to aviation monitor VariFlight.

The patients in the current Guangzhou outbreak were "all infected with the fast-spreading variant discovered in India," city health official Chen Bin said at a press conference on Sunday.

A neighbourhood in Guangzhou's central Liwan district was locked down on Saturday, with markets and schools shut and residents ordered to stay indoors.

High school students across the city, except for those in their final year of school, have also been ordered to stay home and take lessons online.

Life in China has returned almost to normal since mid-2020, with authorities responding to sporadic outbreaks with aggressive testing and localised quarantines.