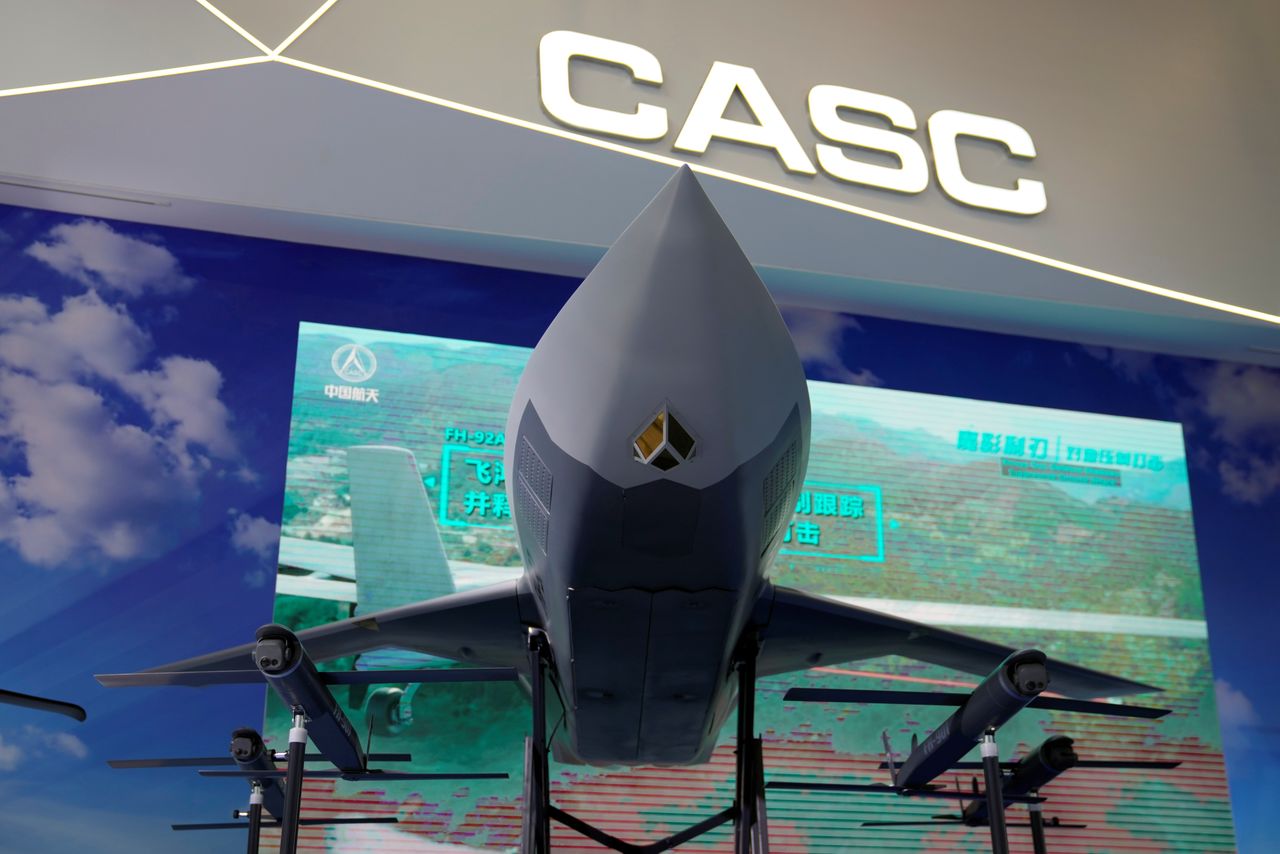 He did not provide specifics in his presentation at Airshow China in Zhuhai.

The United States, Britain, Australia, India and Russia are among the countries developing "loyal wingman" drones, which are cheaper and more expendable than crewed fighters.

CASTC did not provide technical details of the FH-97 concept, nor say whether it was planned for export, though many foreign observers watched the presentation.

Zhang Zhongyang, vice president of CASTC said the plan was to turn Feihong into an "international top-notch brand… and become a major player at the centre stage of the world arena."

China has exported military drones to countries including the United Arab Emirates, Pakistan and Serbia.