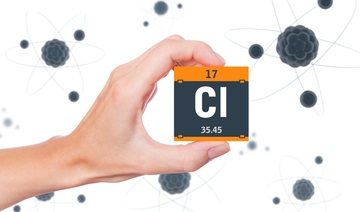 The victims had been taken to hospitals and medical centers in the city of Dezful after the gas leak last night.

At least 475 people have suffered respiratory and other symptoms after a chlorine gas leak in the southwestern Iranian province of Khuzestan, the chancellor of Dezful University of Medical Sciences said Yousef Paridar, according to Vestnik Kavkaza.

Paridar said the victims had been taken to hospitals and medical centers in the city of Dezful after the gas leak last night.

"Some 320 of the injured people were treated at Dezful's hospitals and the rest have been treated in other medical facilities across the city," IRNA cited the official as saying.

He noted that most of the individuals suffered minor respiratory problems and were discharged from hospitals, adding that some 40 others were still under treatment and were expected to be discharged in coming hours.

Chlorine gas lead took place on Sunday night at an abandoned warehouse and it took four hours before emergency teams and firefighters managed to bring the situation under control.

According to the governor of Dezful Habibollah Assefi, the incident happened after a thief tried to steal the valve of a chlorine gas cylinder from a local water supply facility warehouse in the city.