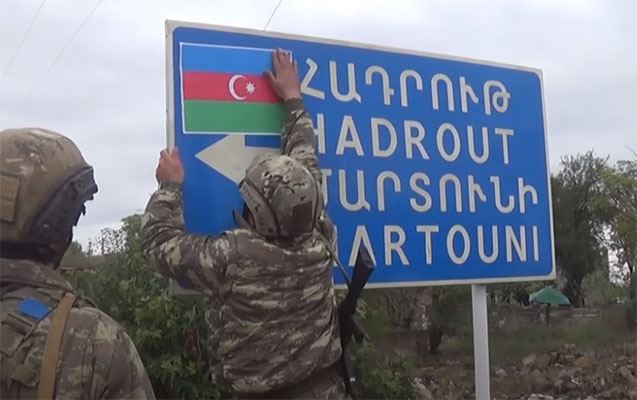 Trend presents the chronicle of the 12th day of the Patriotic War:

- President of the Republic of Azerbaijan Ilham Aliyev gave an interview to Euronews and CNN-Turk TV channels.

- Under the leadership of the President of Azerbaijan, the victorious Supreme Commander-in-Chief of the Armed Forces Ilham Aliyev, an operational meeting was held at the Central Command Post of the Ministry of Defense.

- Azerbaijani Defense Ministry published a list of the destroyed military equipment of the Armenian Armed Forces, and also shared footage of its destruction.

- Azerbaijani Defense Ministry shared a video of the Shaybay village of Azerbaijan’s Jabrayil district, liberated from the Armenian occupation.

- Another UAV of Armenia was destroyed.

- As a result of fire from Azerbaijani troops, about 10 tanks, six D-20 cannons, one "Akatsiya" self-propelled artillery unit, about 30 vehicles, and a large number of Armenian manpower were destroyed. A group of soldiers from units located in the defensive areas of the 1st and 7th regiments of the Armenian Armed Forces, leaving their combat positions without permission, deserted.