Chronicle of the Patriotic War: October 4, 2020 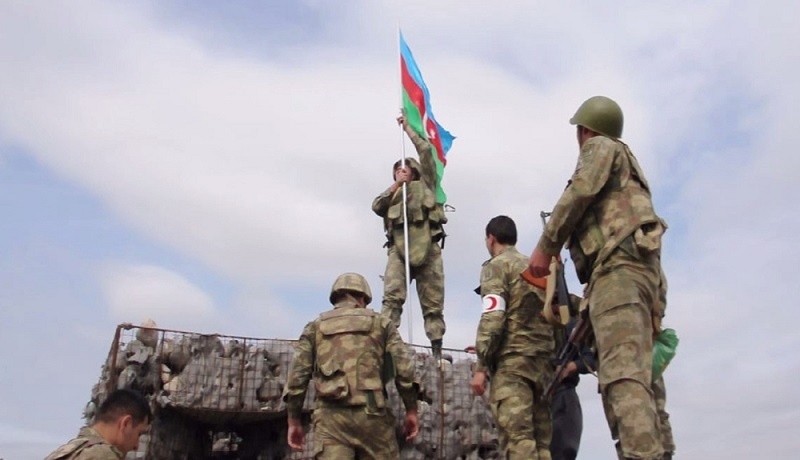 In response to the large-scale provocations committed by Armenian armed forces along the entire length of the front, the Azerbaijani Army on September 27, 2020, launched a counter-offensive which then dubbed as “Iron Fist”. The 44-day war has put an end to the almost thirty years of occupation and ensured the restoration of the territorial integrity of Azerbaijan.

News.Az presents the chronicle of the ninth day of the Second Karabakh war:

The Azerbaijani Army liberated the city of Jabrayil and several villages of the district from the occupation. President of the Republic of Azerbaijan Ilham Aliyev made a post in this regard on his official Twitter account. 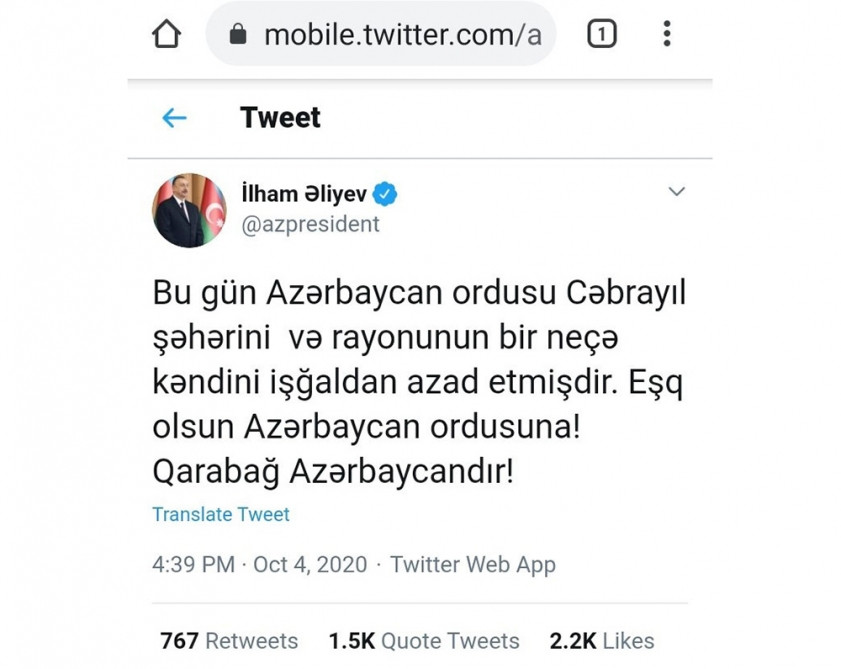 President of the Republic of Azerbaijan Ilham Aliyev addressed the nation in connection with the liberation of the city of Jabrayil and several villages of the district from the occupation. 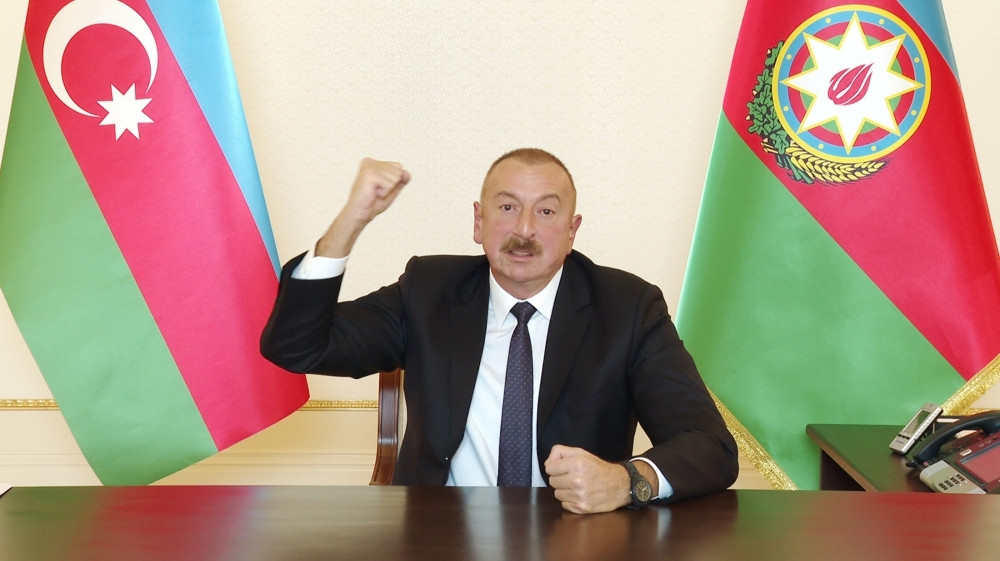 President of the Republic of Azerbaijan Ilham Aliyev was interviewed by Al Arabiya TV channel.

The Azerbaijani flag was hoisted in the post where the National Hero of Azerbaijan Mubariz Ibrahimov fought alone on June 18, 2010, and destroyed a large number of Armenian forces.

Ganja, the second largest city of the Republic of Azerbaijan, with a population of more than five hundred thousand civilians, was subjected to rocket and artillery shelling by the Armenian armed forces. 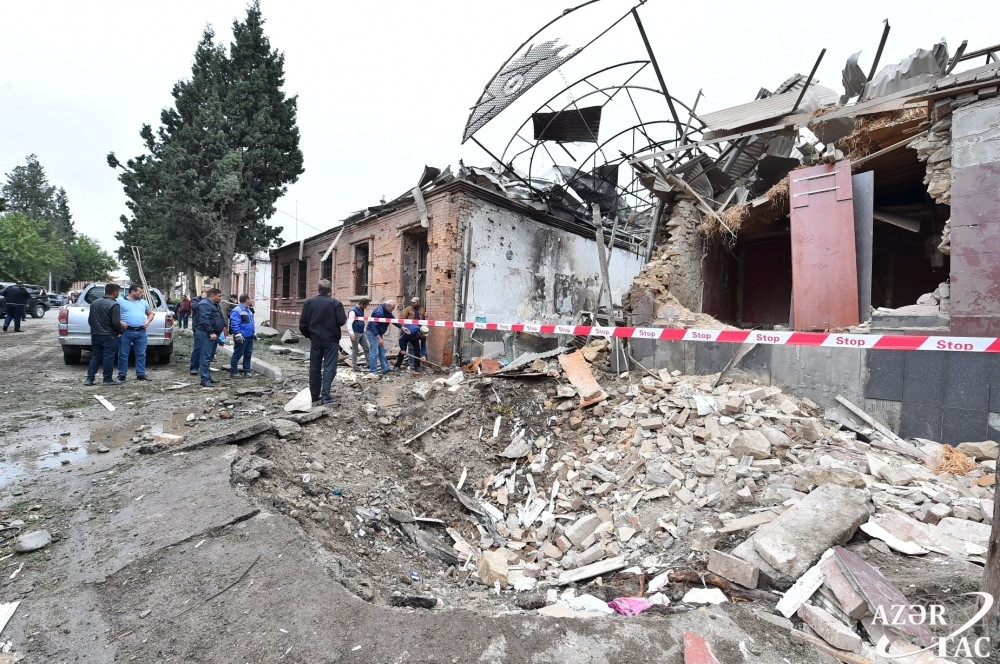 “As a result of heavy artillery shelling of civilians in different directions of Beylagan city by the Armenian armed forces 2 civilians were killed and 2 others wounded.