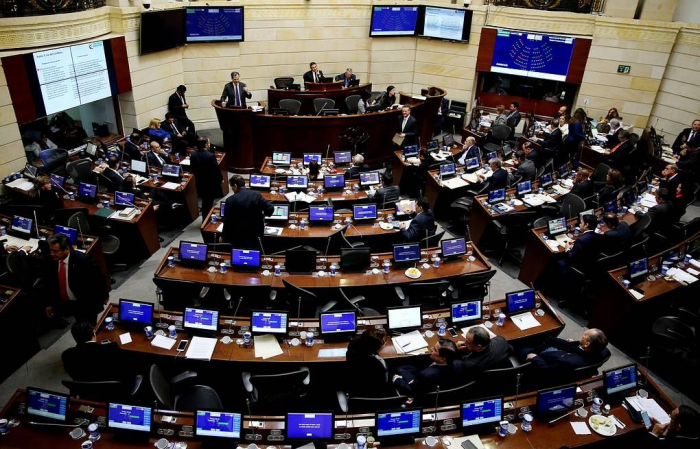 The Columbian Senate Standing Committee on Foreign Affairs and the Colombia-Azerbaijan Friendship Group at the Congress of Colombia have adopted a statement on the 29th anniversary of Khojaly genocide, the Embassy of Azerbaijan in the country told News.Az.

The document, signed by the first Vice President of the Senate, chairman of the Senate Standing Committee on Foreign Affairs and numerous senators, mentions that on February 26, 1992, genocide was committed against the Azerbaijani civilian population in Khojaly, as a result of which 613 people were killed, including 106 women, 63 children and 70 elderly.

"The Colombian Senate commemorates all the victims of the Khojaly genocide, which is also recognized by the national legislatures of many countries around the world," the statement says. 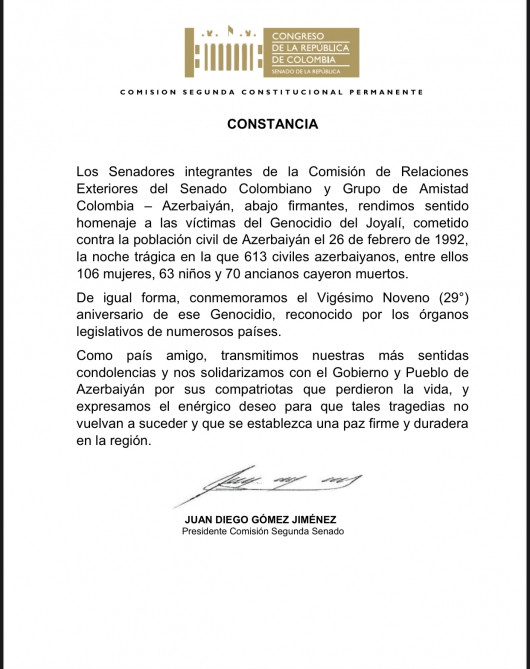