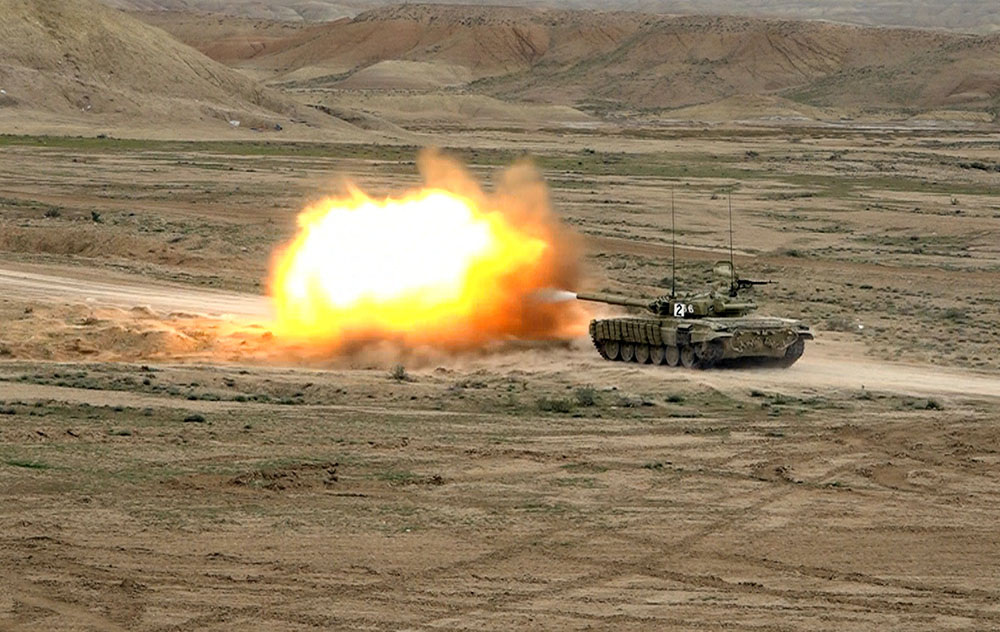 The command training classes with commanders and deputy commanders of military units were held in the Nakhchivan garrison troops, the Azerbaijani Defense Ministry said.

The classes were held with the aim of improving the skills of commanders and staff officers in the timely and accurate fulfillment of combat missions in the current difficult situation. Classes on "Artillery battery's firing and firing control", "Occupation of the defensive area by the second echelon Battalion of the Motorized Rifle Brigade", and "Rules of organization of combat activity at the command post" were held at the training sites organized in the field. Practical combat firing from armored vehicles was also carried out.

At the end of the classes, the officers' theoretical knowledge of guidance documents and military topography was tested.

In the course of summing-up held at the Training Center, it was stated that the commanders and deputy commanders of the military units have shown high results in the commander's training.