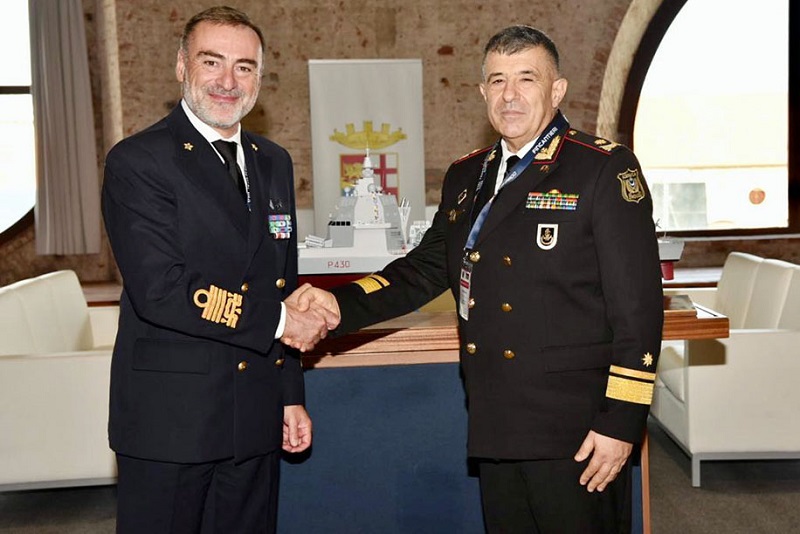 Having conveyed the greetings of Azerbaijani Defense Minister, Colonel General Zakir Hasanov, Rear Admiral S. Bakirov expressed gratitude to his Italian counterpart for the invitation to the international symposium.

During the meeting, an exchange of views on the prospects for the development of cooperation between both countries’ naval forces in the military, military-educational, and other spheres was held, as well as a number of issues of mutual interest were discussed.

In the end, the sides exchanged gifts and a photo was taken.