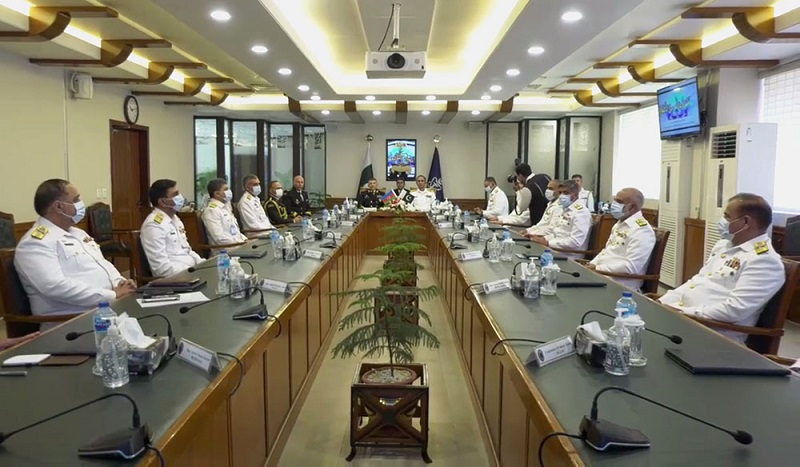 A delegation led by the Commander of the Naval Forces of Azerbaijan, Rear Admiral Subhan Bekirov is on a visit to the Islamic Republic of Pakistan.

Admiral Muhammad Amjad Khan Niazi congratulated the Azerbaijani people on the victory in the Patriotic War and ensuring the territorial integrity of our country, wished the mercy of Allah Almighty to the souls of all servicemen and civilians who died as Shehids and healing to the wounded.

During the meeting held in an expanded format, a briefing was given on the structure, operational capabilities of the Pakistani Naval Forces, regional and domestic security environment, as well as the tasks ahead. The sides also discussed the organization of mutual visits of servicemen to exchange experience and on other issues.