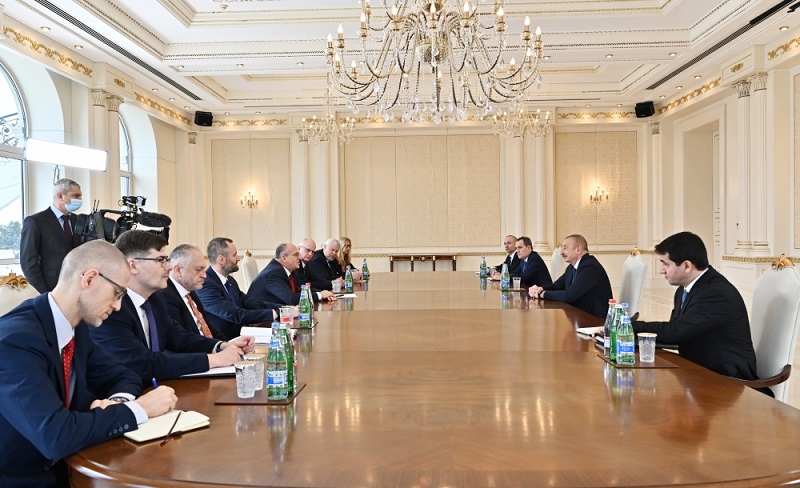 The Armenia-Azerbaijan conflict has already been resolved, President Ilham Aliyev as he received a delegation led by Minister for Foreign Affairs of Poland, OSCE Chairman-in-Office Zbigniew Rau, News.Az reports.

The head of state noted that Azerbaijan resolved it itself, and now is the time to normalize relations between Azerbaijan and Armenia.

“We are receiving certain messages from Armenian officials. As I was recently informed that one of these messages is that they consider our proposal acceptable. This is very good news, and I hope that this issue will be clarified at the meeting in Brussels,” he said.

President Aliyev stressed that the five principles Azerbaijan has initiated reflect the norms of international law and good international conduct.

“All these principles are the fundamental principles of interstate relations between any countries. Reciprocal recognition of territorial integrity and inviolability of international borders, and then the delimitation of borders – I think that peace will come to the Caucasus on this basis. We want it. We are seeing the potential for active cooperation amongst the three countries of the South Caucasus, and I think that this will be important not only for these countries but also for the wider region. Of course, all these issues need to be addressed very carefully and in a timely manner,” the head of state added.