Cooperation and hope for the South Caucasus (OPINION) 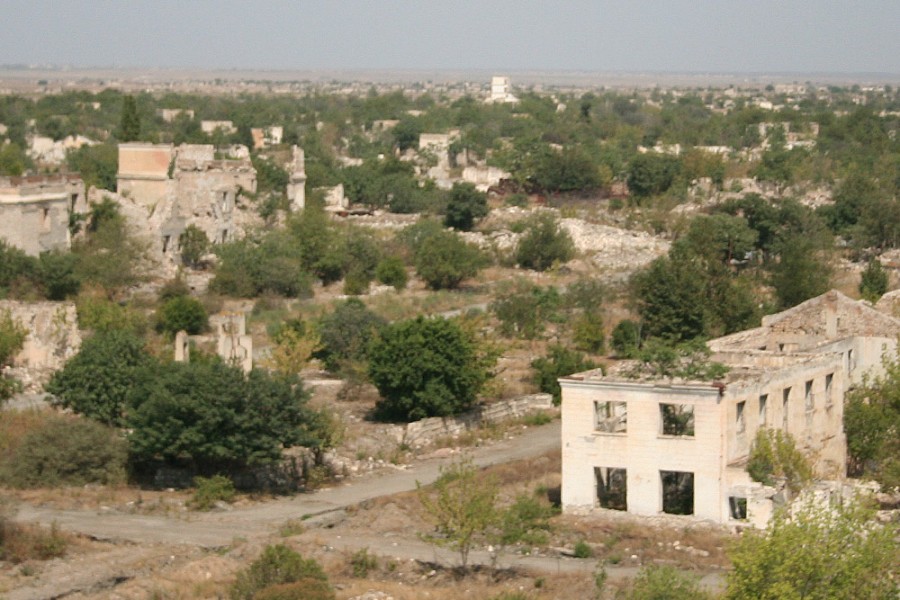 News.Az presents the article by Esmira Jafarova, a board member of the Center of Analysis of International Relations (AIR Center), Baku, Azerbaijan.

The year 2020 was unprecedented for most nations around the world owing to the many challenges ushered in by the COVID-19-induced global pandemic. For Azerbaijanis and Armenians, last year is also remembered for the 44-day war that effectively ended the three-decades-long protracted conflict between their two nations over the Nagorno-Karabakh region of Azerbaijan. The war that lasted from September 27 to November10, 2020, resulted in the signing of the Trilateral Declaration between the Russian Federation, Azerbaijan, and Armenia on November 10, which contained nine important provisions that, among others, envisaged the de-occupation of all remaining territories of Azerbaijan and the deployment of a peacekeeping contingent from the Russian Federation, in parallel with the Armenian armed forces’ withdrawal and the opening of all economic and transport communications in the region.

The agreement is so far being implemented without major interruption. The cities of Aghdam, Kalbajar, and Lachin were returned to Azerbaijan in line with the relevant provisions (2 and 6) of the Declaration and Russian peacekeepers have taken their posts to facilitate the implementation of the agreements. A joint peacekeeping center that also includes military servicemen of the Republic of Turkey is based in Aghdam city and Turkish military personnel – one general and 35 military officers – are reported to have already begun this role. However, Provision 4 of the declaration, envisaging the withdrawal of the Armenian armed forces and the deployment of peacekeepers, has, so far, hit some bumps concerning the disarming of the remaining Armenian armed groupings in the Azerbaijani territories that are currently controlled by Russian peacekeepers. Recently, Azerbaijan announced that its State Security Service has been conducting an anti-terror operation against Armenian militias lurking in the forest area around the liberated Hadrut settlement of the Khojavand district of Azerbaijan. Azerbaijan also reported the capture of 62 citizens of Armenia who, by passing through the Lachin corridor after the declaration of November 10, came to Azerbaijan to carry out acts of sabotage against Azerbaijan.

Full implementation of all provisions of the November 10 Trilateral Declaration is vital, especially now that the parties are embarking on opening up all economic and transport communications, as enshrined in Article 9 of the declaration. A meeting between the Presidents of Russia and Azerbaijan and Armenia’s Prime Minister in Moscow on January 11, 2021, resulted in the signing of a second trilateral declaration that effectively launched this very process. According to this new Moscow Declaration, the unblocking of all communications in the region will be supervised by a Trilateral Working Group under the co-chairmanship of the Deputy Prime Ministers of Russia, Azerbaijan, and Armenia. This Working Group must conduct its first meeting by 30 January and decide on the main priorities of this process. Sub-groups of experts representing relevant state bodies of all three parties will also be established. This expert group is tasked with preparing a list of projects and the resources necessary for their implementation within a month after the first meeting of the Trilateral Working Group takes place. Subsequently, by March 1, 2021, the Trilateral Working Group has to submit the list for approval and provide a schedule of the measures to be undertaken towards the restoration of existing and establishment of new transport infrastructure in the region.

Following on from the November 10, 2020, Trilateral Declaration, the new declaration signed in Moscow on January 11 became another important brick in the wall of cooperation and peaceful coexistence in the South Caucasus. This milestone was also preceded by the proposal, made by the leaders of Azerbaijan and Turkey, Ilham Aliyev and Recep Tayyip Erdogan, during latter’s visit to Azerbaijan in early December, 2020, to participate in the victory parade in Baku, for launching a multilateral cooperation platform involving all six countries of the region—Turkey, Azerbaijan, Russia, Iran, Georgia, and also Armenia. Success in unblocking all communications and launching new cooperation platforms is contingent upon the goodwill and dedication of all parties—and Armenia’s willingness to turn the page on a history marred by occupation, irredentism, heightened nationalism, and expansionism. Such policies have caused enormous damage and calamites in a region that has already lost many opportunities for peace and prosperity. Pax Caucasia should no longer remain a distant dream; for the first time since the independence of the former Soviet republics of the South Caucasus, prospects for achieving this ideal seem within reach. It is high time to heal old wounds and move forward: towards a better, prosperous, and peaceful South Caucasus.