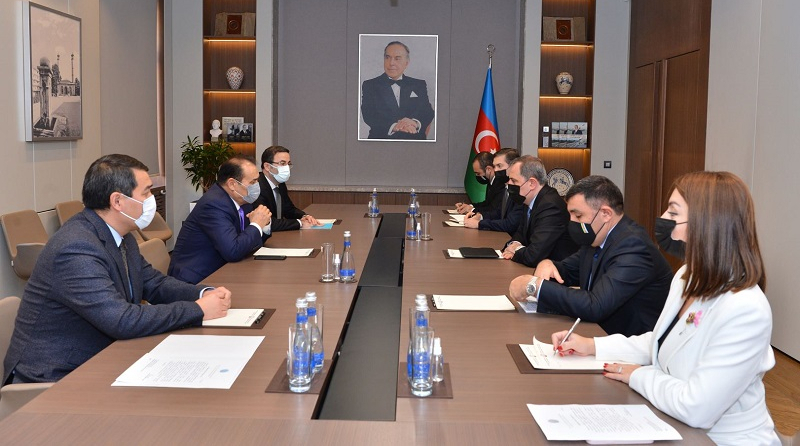 The cooperation with the Cooperation Council of Turkic Speaking States (Turkic Council) is of importance for Azerbaijan, Foreign Minister Jeyhun Bayramov said during a meeting with the organization’s Secretary General, Baghdad Amreyev, on Friday, the Foreign Ministry told News.Az.

Minister Bayramov noted that the cooperation with the Turkic Council is important for Azerbaijan, adding that the work carried out during the country’s chairmanship of the organization is a vivid example of this.

During the meeting, the parties also exchanged views on other issues on the organization’s agenda.