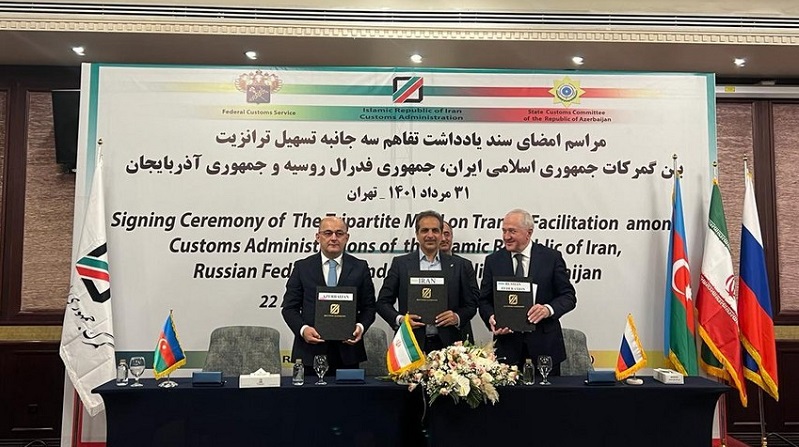 A trilateral meeting was held today in Tehran, the capital of Iran, with the participation of delegations headed by First Deputy Chairman of the State Customs Committee of Azerbaijan, Acting Chairman Shahin Baghirov, Head of Iranian Customs Alireza Moghadasi and Head of the Federal Customs Service of Russia Vladimir Bulavin.

During the meeting, Baghirov emphasized the importance of the first trilateral event of the customs service and noted that such a meeting in this format is held for the first time, the Azerbaijani Embassy in Iran told News.Az.

He noted that the newly created infrastructure, roads, logistics centers in the liberated territories of Azerbaijan will give a special impetus to the increase and expansion of transit opportunities.

During the meeting, it was emphasized that with the resolution of issues of preliminary data transfer and the introduction of such a mechanism in the near future, including the implementation of specific executive work, the attractiveness of transport corridors will increase, customs procedures will be simplified through the electronic exchange of preliminary primary information.

As a result, a Memorandum of Understanding on transit facilitation was signed between the customs services of the three countries.