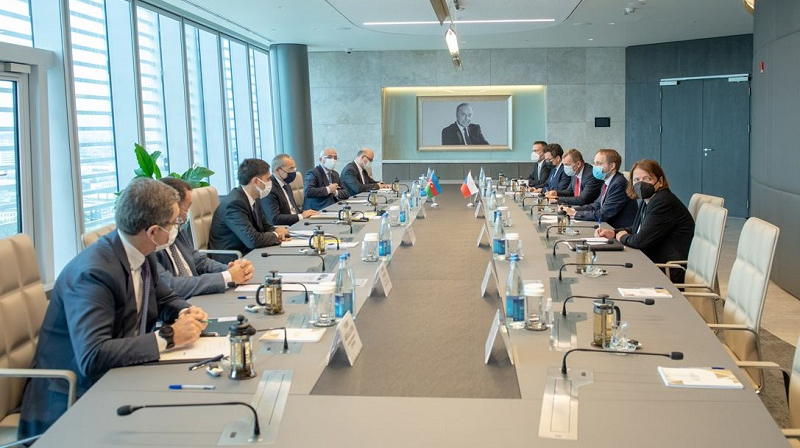 Czech companies have the potential to participate in smart projects in Azerbaijan, said Minister of Economy of Azerbaijan Mikayil Jabbarov.

The minister made the remarks during a meeting with a delegation led by Czech Foreign Minister Jakub Kulhánek, News.Az reports.

Jabbarov noted that Azerbaijan attaches great importance to relations with the Czech Republic, mutual visits, and the development of cooperation between the countries.

The minister said that the commission on economic, scientific, technical, and cultural cooperation created between the governments of Azerbaijan and the Czech Republic is one of the drivers of strengthening relations.

“The Baku office of CzechTrade continues to develop trade and economic relations between our countries. In addition, we have great opportunities for expanding cooperation in the fields of trade, industry, transport, transit, and tourism. I also see the potential of Czech companies in cooperation in the Smart City and Smart Village projects of Azerbaijan,” Jabbarov said.

The Azerbaijani minister also spoke about the favorable business and investment climate, about restoration work in the liberated territories of the country, the Zangazur corridor, and the Alat free economic zone.

“We invite Czech companies to actively cooperate with our Azerbaijani colleagues,” he added.

In turn, Kulhánek stressed the importance of expanding the strategic partnership, and also shared his opinion on the directions for expanding ties.