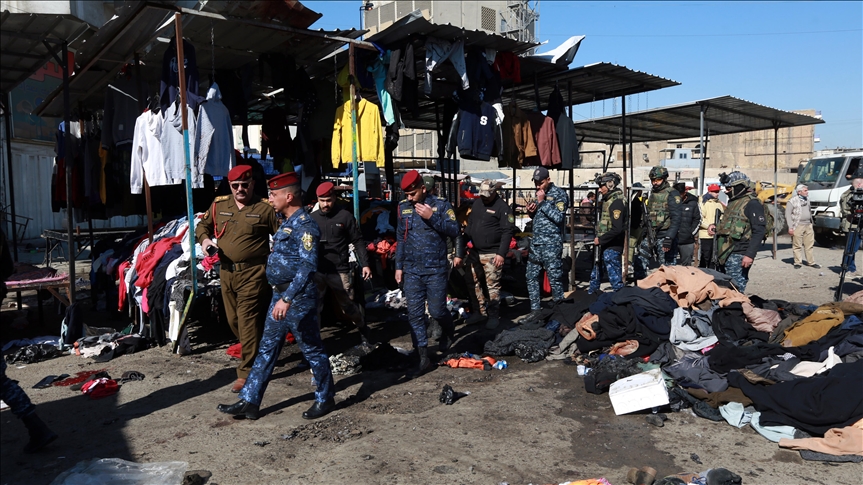 Daesh/ISIS on Friday claimed responsibility for the deadly twin suicide attack in the Iraqi capital that claimed the lives of 32 people, Anadolu Agency reports.

The terror group in a statement said that they were behind Thursday's bombings that rocked a busy commercial market in Baghdad.

The bombers detonated explosives in an area near al-Tayaran Square that left 110 others wounded, according to the Iraqi News Agency.

Iraqi President Barham Salih said “dark groups” aimed to target national achievements and the peace and future of the Iraqi people with the attacks.

“We firmly stand against these attempts to destabilize our country,” added Salih.