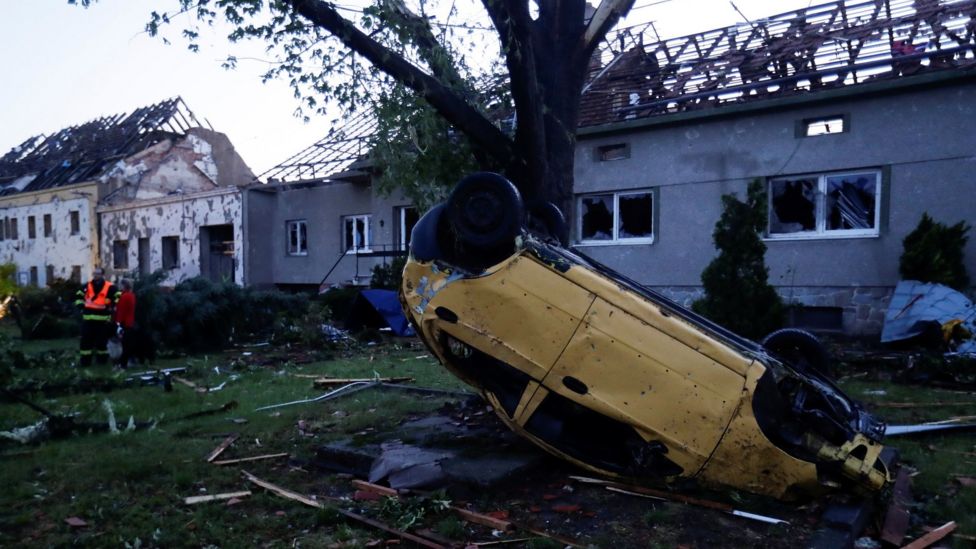 A tornado has swept through several villages in the south-eastern Czech Republic, killing three people and injuring at least 60, rescuers say, BBC reported.

Thursday's storm blew off roofs from a number of buildings in the southern Breclav and Hodonin districts, uprooting trees and overturning cars.

The worst-hit places looked like a war zone in videos posted by witnesses.

Rescue teams from across the country and also from neighbouring Austria and Slovakia have been deployed.

Michaela Bothová, a spokeswoman for the South Moravian rescue service, told Czech TV that 63 people had been taken to hospital by medical services, ten of whom had severe injuries. Three later died.

Dozens of other people sought medical help themselves, she added, and further casualties could not be ruled out as rescuers searched rubble.

Half of the village of Hrusky was destroyed by the tornado, its deputy mayor Marek Babisz said, according to local media.

"The church is without the tower, the elementary school has no roof and insulation any more, only walls remained from what were houses," he told Czech public radio.