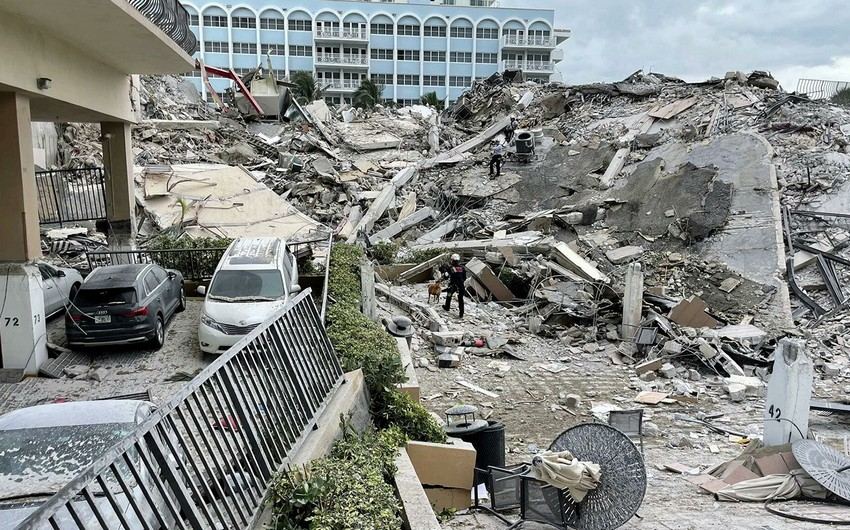 Search-and-rescue teams pulled two more sets of remains from the concrete and steel rubble of a partially collapsed Florida condominium tower on Monday, bringing the death toll to 11 with 150 people still listed as missing four days after the disaster, Reuters reported.

Pouring rain and slabs of cement hampered round-the-clock efforts to pick through debris left from the unexplained cave-in of nearly half of the 12-floor, 156-unit building, in what may end up as the deadliest unintentional structural failure in U.S. history.

No survivors have been pulled from the ocean-front ruins of the Champlain Towers South condo in the town of Surfside, near Miami, since the first hours after the building abruptly crumbled into a heap early on Thursday as residents slept.

"They are coping with the news that they might not have loved ones come out alive and still hoping that they will," the mayor said. "Their loved ones may come out as body parts."